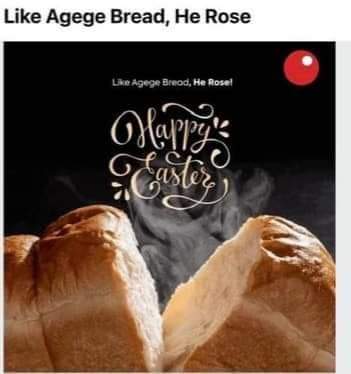 The management of Sterling Bank has tendered an apology to the Christian community for comparing the resurrection of Christ to Agege bread.

A letter of apology signed by its Chief Executive Officer, Abubakar Suleiman revealed that it intended to commemorate the resurrection of Christ with its millions of customers but the advert was executed poorly.

Newsleverage had reported that Sterling Bank, in its Easter message, compared the resurrection of Christ to the rebirth of Agege bread.

This was termed insensitive as the Advertising Practitioners Council of Nigeria, APCON, revealed that it will ensure that Sterling Bank is sanctioned.

The letter further revealed that the sensitive material has been withdrawn and a review set up to investigate why it failed.

It also assured that its staff will be sensitized so that such things never happen again.