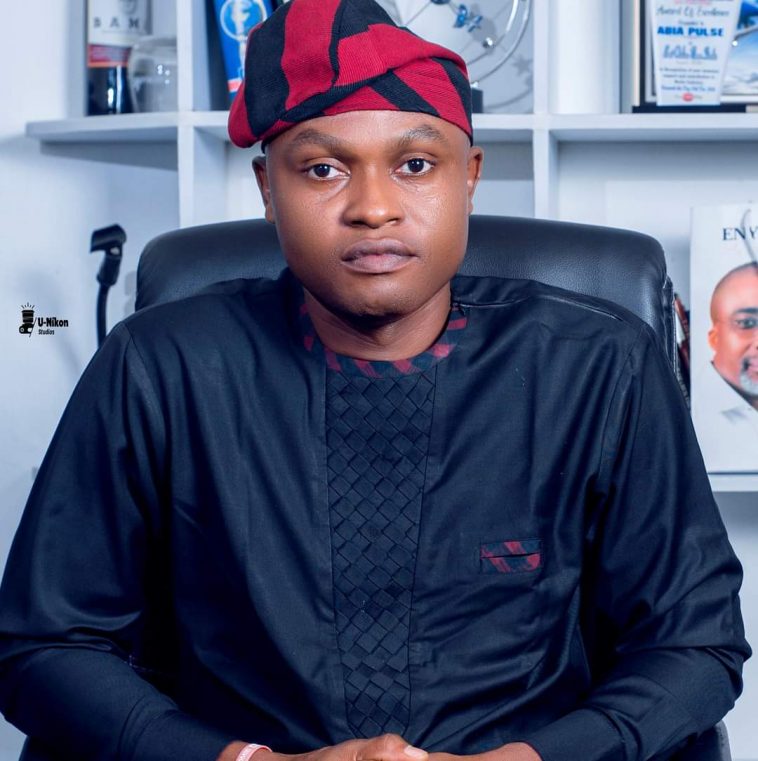 Born into the family of High Chief Mark Nwankwo and Deaconess Clara Chinyere Nwankwo, he started Primary school at a very tender Age as he followed his mother a primary school to school from birth.

Young Ugochukwu Nwankwo popularly known as Sanchez has always been an enterprising and industrious young man and had to migrate to Lagos in 1997 immediately after his secondary school not because he didn’t clear his papers but because funding for his higher education was not readily available!

Comrade Ugochukwu Nwankwo lived with his aunty in Lagos for between 1997 and 2000, doing menial jobs, from teaching in private schools to working in plastic companies until the year 2000 when he got admission into the prestigious University of Uyo where he studied English and Literary Studies.

While in the University, his innate leadership qualities began to manifest as he was one of the strong voices in the student unionism, campus journalism and a renowned students leader!

Upon graduation and compulsory service in 2007 at Federal Government College Otobi, Benue state, the young Ugochukwu Nwankwo returned to Abia where he started working as a Legislative assistant to the then member representing Bende South State Constituency, where he cut his teeth in the rudiments of law making and legislation!

In 2011, the then Executive of Abia State Senator T . A Orji having noticed his sagacity, carriage, courage and distinctiveness, appointed him Special Assistant on Media.

In 2013, Young Ugochukwu Nwankwo was also appointed Member Transition Committee Bende Local Government Area where he served as the Supervisory Councillor for Health and Environment where he distinguished himself as the most active supervisor, touring all the health centers in Bende and ensuring that they lacked nothing and that the staff are always on hand to attend to the health needs of the people.

As a youth leader, Comrade Ugochukwu was elected Chairman National Youth Council of Nigeria in the 2008 wherein he galvanized Bende youths making sure that NYCN is established in all the wards in Bende, engineering the empowerment of these youths in collaboration with the then Senator Representing Abia North District, the late Senator Uche Chukwumerije under the aegis of Obata Obie Youth Movement.

His popularity among the youth population in Abia North grew so much that he had to resign as the Chairman of Bende NYCN to contest for the State secretary of the body, a position he won convincingly.

He later grew to become the state Deputy Chairman of the National Youth Council of Nigeria and a key stakeholder of the organization in Nigeria.

Comrade Ugochukwu Nwankwo a man of many parts is a celebrated blogger, a founding member of the Online Media Practitioners Association of Nigeria and the Immediate past State Chairman of the body. As Chairman of OMPAN, it is on record that he registered the body with CAC, instituted the annual AGM and Awards of the Union which has become a household name and grew the union into a reputable one.

Comrade Ugochukwu Nwankwo believes in industry and a young man who has his hands in many ventures all aimed at creating employment for young people.

He is the pioneer President of the University of Uyo Alumni Association Umuahia Chapter, and a member of the National Institute of Public Relations NIPR.

He is currently the YPP candidate for Bende South State Constituency in the 2023 General Election!

Comrade Ugochukwu Nwankwo is a devout Christian and is married to his amiable wife Catherine Chioma Nwankwo and the marriage is blessed with kids.