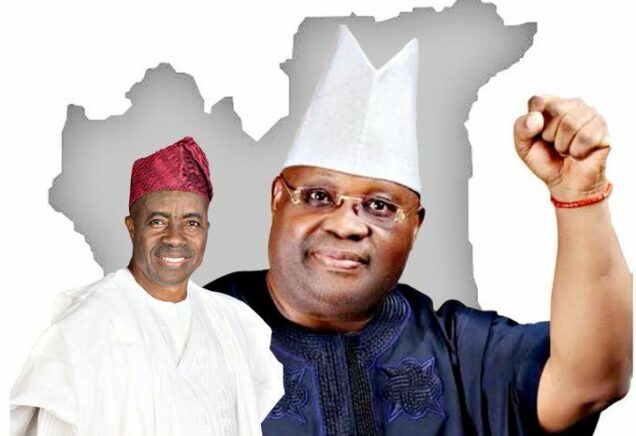 You know how I know this? I’ve noticed that some of the very people who’re having fits of hysterical rage over APC’s Muslim-Muslim ticket are celebrating the “religious tolerance” that Osun PDP’s “Christian-Christian” ticket symbolizes, particularly because Osun is a predominantly Muslim state.

(For the record Ademola Jackson Nurudeen Adeleke is BOTH a Christian and a Muslim. Let’s just call him a “Chrislim”)

For good measure, they throw around the sterile, mendacious cliché about religion being immaterial in Yorubaland in light of the religious ecumenicalism of the people.

Well, if religion is immaterial in Yorubaland, why would an effectively non-religious but nominal Muslim Bola Ahmed Tinubu’s choice of a northern Muslim running mate rankle so many Christians in the region this deeply?

Until recently, Tinubu didn’t even identify with Islam publicly, is married to a pastor, and ALL his children are Christians. He sees himself first as a Yoruba man before he is a nominal Muslim.

Apparently, religion “doesn’t matter” in Yorubaland only when Muslims are rendered invisible there. Then it suddenly matters when they enjoy some visibility.

Even though Muslims constitute more than 50 percent of Yorubaland’s population, there will not be a single Muslim governor there after Adeleke is sworn in. (I’m sure the people of Osun who voted against their incompetent governor who happens to be a Muslim don’t care, but since religion has now been centralized in political discourse we need to point this out).

The people who fought for a “Christian” governor of Lagos State (so much for “religion doesn’t matter in Yoruba land”!) would celebrate the current state of affairs as evidence of the “religious harmony in Yorubaland.”

Consequence-free invisibilization of Muslims in their region is their definition of religious “harmony.” Harmony comes when different notes synchronize, but their own harmony comes the same note!

The hypocrisy of the religious fanatics of all faiths is galling. The supreme irony is that it’s often headless, irrational fanatics who’re quick to call others bigots and fanatics for calling out their bigotry and fanaticism.