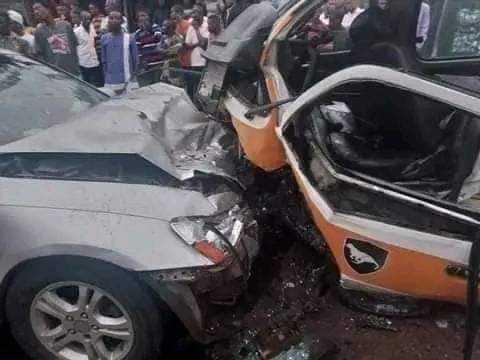 Four persons have been confirmed dead in a fatal accident involving a commercial vehicle of the Akwa Ibom Transport and another car on Sunday.

It was gathered that the AKTC bus was driving to Port Harcourt from Uyo, Akwa Ibom State when it colluded with another vehicle along Abak Ikot Abasi road in the State.

According to an eye witness, the Honda accord car over took another car and rammed into the AKTC bus heading to PortHarcourt.

The report indicated that one person in the Honda car died at the spot while the AKTC driver’s leg was amputated. The accident also left others with severe degrees of injuries.