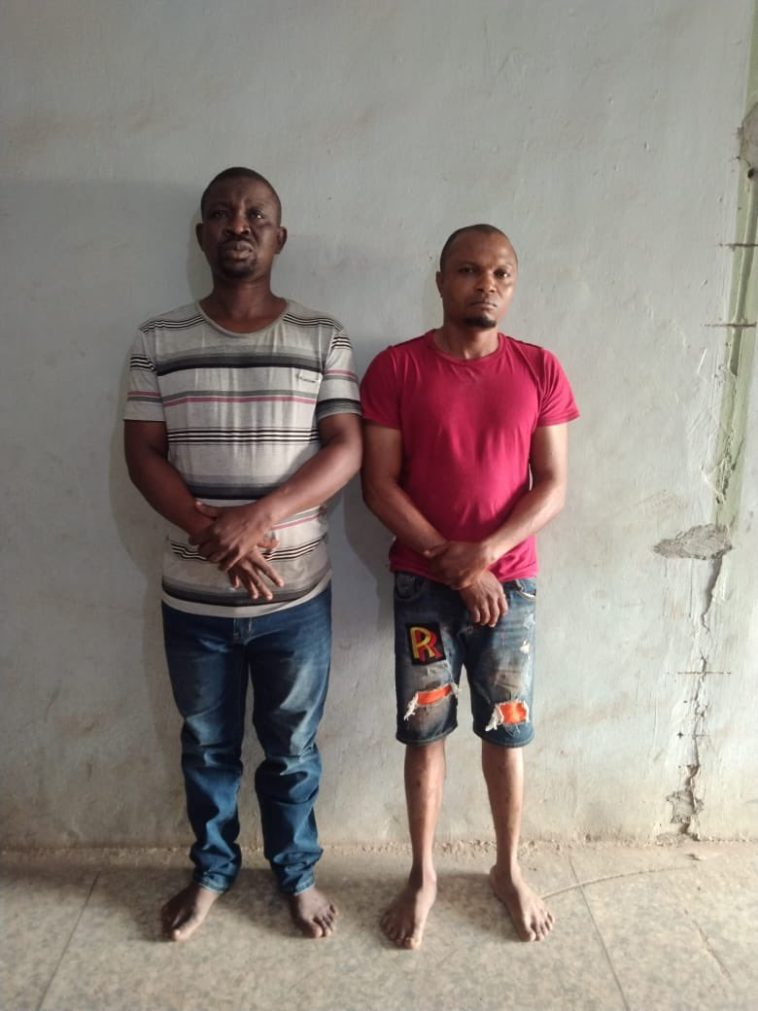 A 45-year-old man Uche Awaize and a 35-year-old man Osadebe Aigbe were arrested for extorting a 64-year-old woman in Lagos State on Friday.

A statement by the Lagos State Police Public Relations Officer, Benjamin Hundeyin on Saturday revealed that a cashier of a bank noticed the woman receiving series of calls and acted in a hurry to withdraw N600,000.

The bank cashier launched an investigation but the woman stated that she will be killed if she says anything.

According to SP Hundeyin, “Police officers from Ogudu Division were quickly contacted. Of the three fraudsters waiting outside, Uche Awaize ‘m’ aged 45 and Osadebe Aigbe ‘m’ aged 35 were arrested. The third suspect bolted.

Preliminary investigation revealed that the suspects had first collected N90,000 from the victim. Effort is on to arrest the other gang member.

PS: Let’s leave their faces open this time so that previous victims can identify & testify against them, and maybe recover their money.”