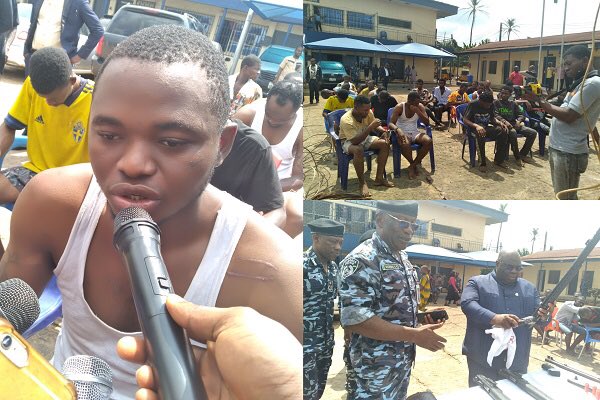 It was gathered that the late Mr. Duruoha was killed in September 2022 in Anambra State.

The culprits had strangled the INEC staff to death and later dumped his corpse on the roadside at Isuaniocha community in Awka North Local Government Area of the State after disposing of his shuttle bus.

Malachi Uzorchukwu said they pretended to hire the deceased for a trip but had ulterior motives for stealing his bus.

He said: “Obum, my lodge mate visited me on September 29 and asked me to accompany him to meet a particular man. Around 8 pm, we stopped the deceased to carry us to Isuaniocha to go pick up our working tools. I sat at the back while Obum sat in front of the deceased.

“While leaving the house, Obum gave me a rope while he held the axe. On approaching a narrow road at Isuaniocha, I put the rope on his neck and struggled with him. In the process, Obum stepped out and assisted in tying his hand, leg, and mouth until we got to the bush where we dumped the body.

“I agreed to join Obum because I’ve been looking for a job and he promised to sell the bus and share the proceeds with me.”

Commissioner of Police, Echeng Echeng said the suspects were arrested in Enugu by detectives from State CID while the deceased shuttle bus had been recovered.

He added that the suspects have since confessed to the crime and would soon be charged.

He said: “A two-man gang of armed robbers who specialize in snatching shuttle buses around Ifite-Awka, pretended to be passengers and boarded a shuttle bus belonging and driven by an INEC Staff, Mr. Osita Duruoha ‘m’ 43yrs.

“The duo ordered the driver to stop and one of the suspects, Chinedu Malachi who was seated behind the driver used a rope to strangulate the driver from behind.

“Thereafter, they dumped the corpse of the deceased in a nearby bush and drove the shuttle bus to Enugu where they wanted to sell it.”