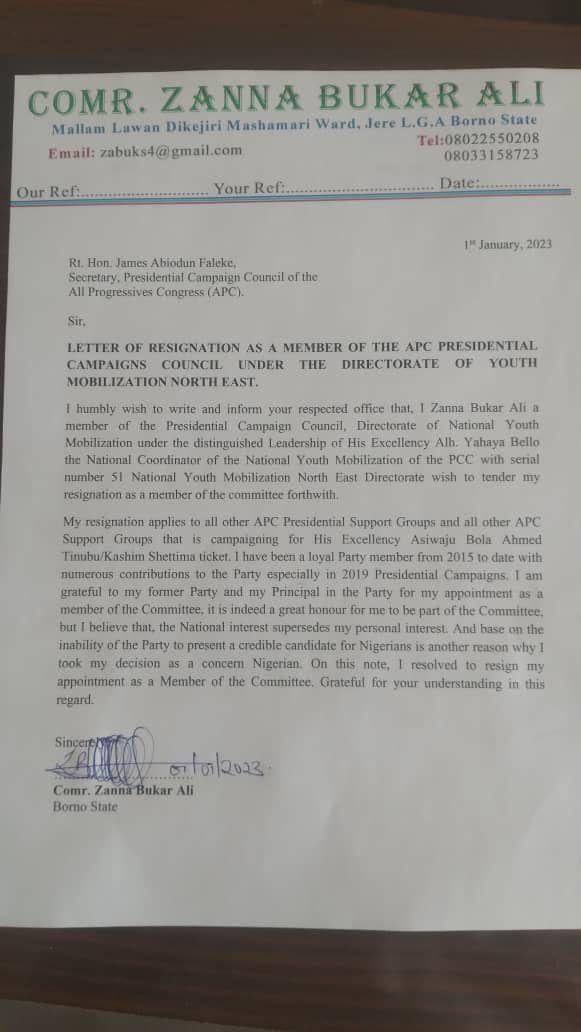 The Director, of National Youth mobilization for the All Progressive Congress Presidential Campaign Council, North East Zanna Bukar Ali has resigned his position over the credibility of its candidate.

A statement issued on Sunday, January 1st stated that his position applies to all other APC support groups.

Zanna while thanking the Party for his appointment revealed that the national interest of the nation supersedes his interest.

He also revealed that his reason for resigning was due to the party’s inability to present a credible candidate.

Until his resignation, Zanna was a member of the ruling party and a staunch supporter of President Muhammadu Buhari.