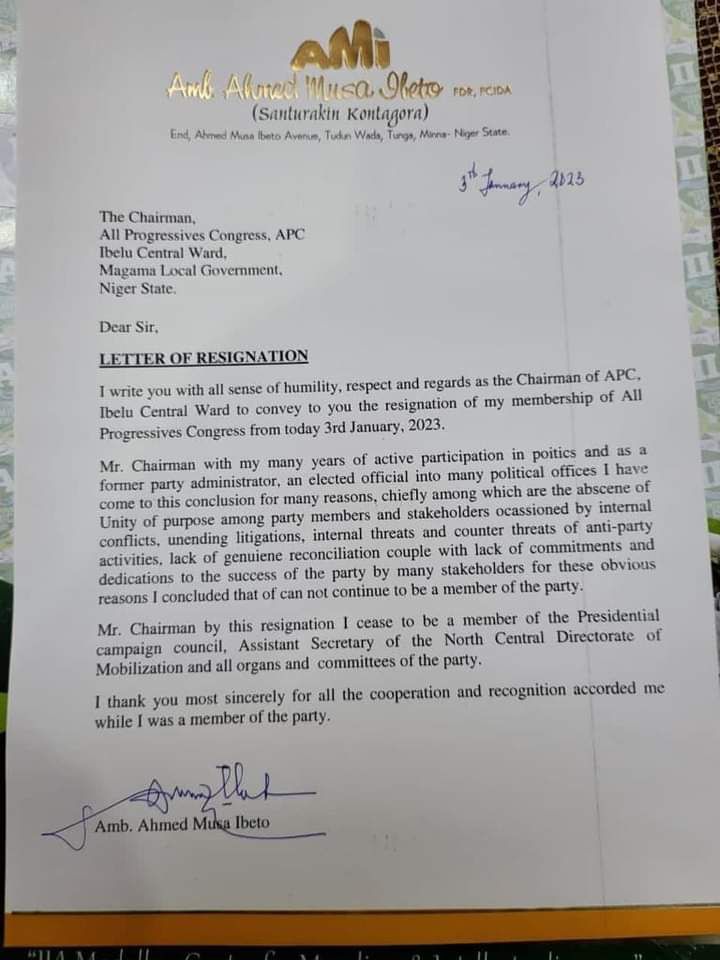 Another member of the Presidential Campaign Council team in North Central,  Ambassador Ahmed Musa Ibeto has resigned his membership citing irregularity in the ruling All Progressive Congress.

A letter addressed to the Chairman of the APC Ibelu Central Ward, Magama Local Government Area, Niger State on 3rd January 2023 cited the unending conflicts and litigations by members of the party.

Ambassador Ahmed also accused the stakeholders of a lack of commitment and support to the success of the party in the general election.

Recall that a Director of the Youth mobilization in North East also resigned from membership of the party questioning the credibility of its presidential candidate Asiwaju Bola Tinubu.