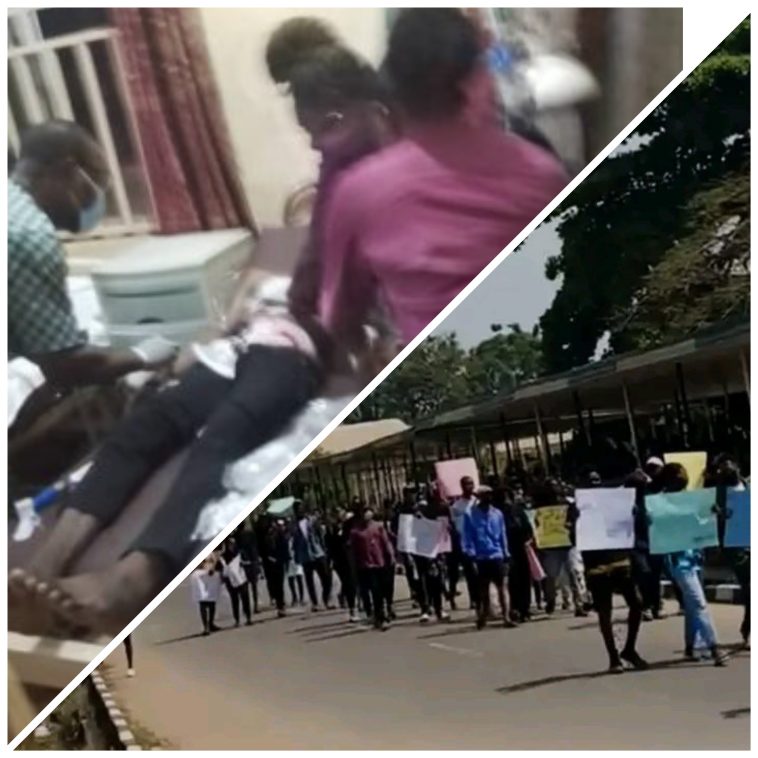 Students of Nnamdi Azikiwe University, Awka are protesting over the brutal murder of a 200-level student identified as Daniel who was shot by armed robbers on Sunday night.

Daniel, a student of the Department of Philosophy was attacked by armed robbers in his lodge, Success lodge in Ifite Awka on January 8.

According to the reports, Daniel was shot when he requested his sim card from one of the robbers after they took his phone. In the process of bringing out the SIM card, the gun went off and Daniel got shot in the stomach.

He was rushed immediately to the hospital but died due to excessive loss of blood.

Students took to the streets to protest the incessant killing of students by robbers in the State.

Recall that last week, a soon-to-be groom was killed just a few days before his wedding in Anambra State.

Meanwhile, there has been no word from the Police.