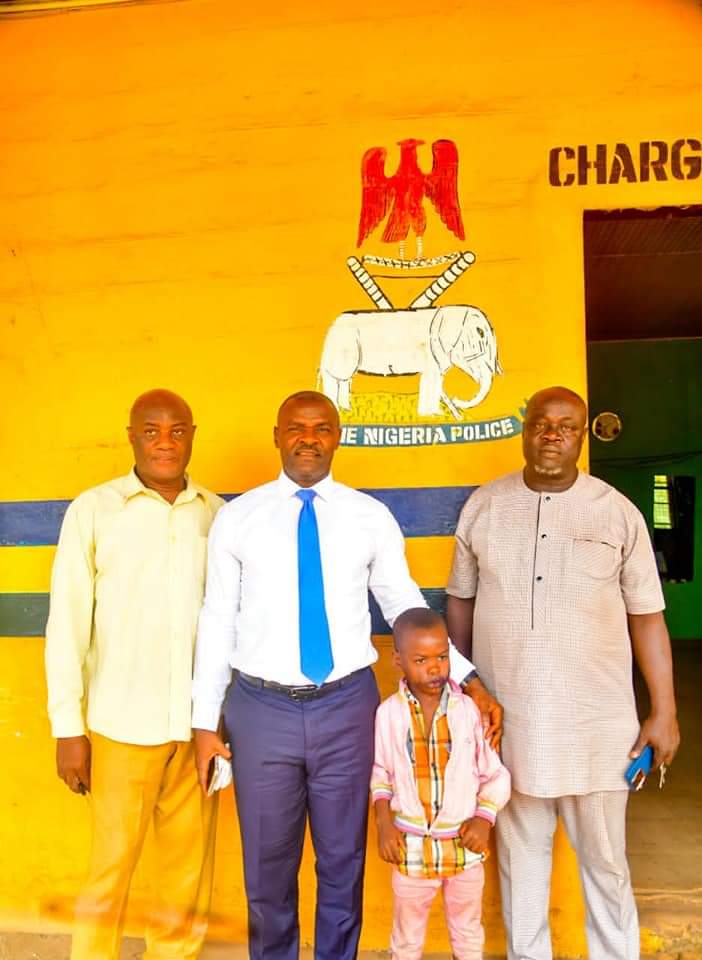 The Deputy Governorship candidate of the Peoples Democratic Party, PDP, Honourable Okey Igwe visited a 6-year-old boy who was abused by his foster mother in Okigwe, Imo State on Tuesday morning.

The little boy in a video that went viral revealed that his foster mother poured hot water on him. He also gave the name of his village Lomara Isuochi in Abia State and his father’s name as Blessed.

Barr. Igwe promised to track down the boy’s biological father to claim him out of police protective custody.

He also pledged to bear the cost of rehabilitating the little boy and also assist in his education.

The boy who has long been rescued by the State Police Command was found on Sunday evening by a good Samaritan.