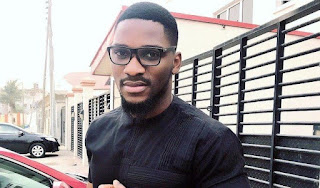 TV Host Emma Ugolee have written to congratulate Tobi of BBN2018 on how he showed restraint while being abused by CeeC. He said he showed abusive people that hitting a woman is not the only way to deal with her. He encouraged him to forge on and keep being who he is.
Read his post…

@emmaugolee – With great respect and joy to Miracle I say congratulations to a well deserving winner.
I however with zero regrets stand proudly behind Tobi for the outstanding achievement from that one singular act that endeared me to him.
Many from Ofunneka to Francisca, From Bayo to Helen would be remembered for different things entertaining in Big Brother, the show but you Tobi would be honored for the most exemplary and inspiring act ever on big brother.
Never take for granted what you have achieved. Here is a little recap in case you don’t know

1] You showed many young men that hitting a woman is not the manly option in reacting to being pushed to the wall
2] You got abusive husbands thinking twice about the needlessness of their usual reactions
3] You got verbally abusive women feeling the shame of choosing that form of communication
4] You’ve got many men enduring verbal abuse consoled that they are on the right path
5] You’ve made the job easier for every NGO, Foundation, Celebrity or individual out there preaching NO VIOLENCE AGAINST WOMEN (I suggest you be your own face of that movement post BBN)

Weldone Tobi. And as regards the future, all I can say to you is @ebuka did not make top 5 in BBN 2006. The world is now yours. Lace your shoes. Your race has just began – Emma Ugolee