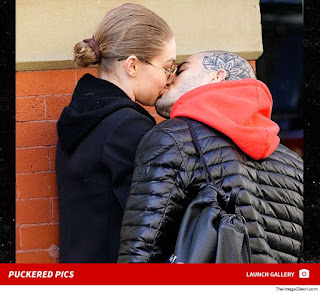 Looks like Zayn Malik and Gigi Hadid are back together. The exes was spotted locking lips with Maik’s head shaved and his tatted skull up for a favourable view.

They were all over each other Sunday in NYC. The scene was interesting as both exes announced their separation last month after two years together but as Gigi said when they broke up, Gigi “As for the future, whatever’s meant to be will always be.”