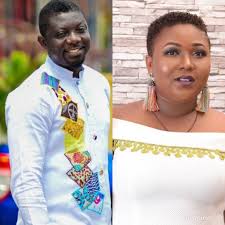 A Ghanaian actress, Xandy Kamel, has made a somewhat derogatory remark against popular actor, Bill Asamoah.

She made the remark during a recent live program. Xandy described Asamoah as a womanizer and a ‘one-minute man’.

According to her, she dated him for some time and during their time together, she knew the actor had five other girlfriends but it did not bother her because he was not really good in bed.