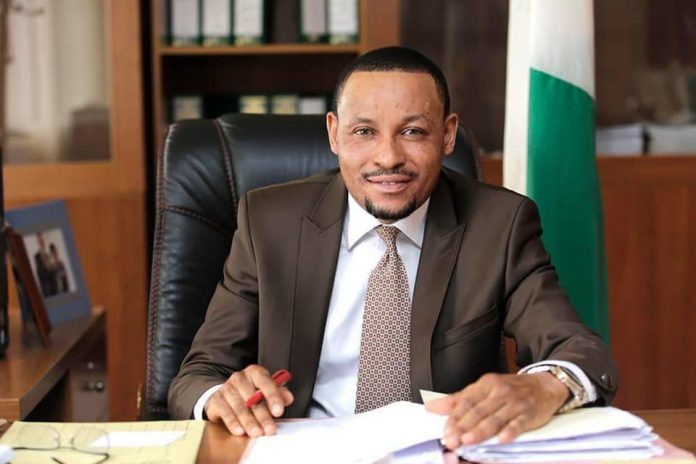 Danladi Umar, the notoriously vain and sickeningly skin-bleached chairman of the Code of Conduct Tribunal, was caught on camera on March 29 physically assaulting a security guard identified as 22-year-old Clement Sarawak.

Umar flew into a tempestuous rage because Sargwak brought him to not park his car at a spot that obstructed traffic in Abuja’s Banex Plaza in Wuse 2.

In the aftermath of the swift, across-the-board social media denunciations that his cowardly physical violence against a lowly security guard roused, Umar caused the head of the Press and Public Relations Unit of the Code of Conduct Tribunal by the name of Ibraheem Al-Hassan to issue an agonizingly dreadful and error-ridden press release that, among other things, singled out nameless “BIAFRAN Boys” for blame in a show of shame in which he is the main villain.

“As the few policemen in the complex were overwhelmed by the mobs, consisting of BIAFRAN boys throwing matches [sic] and shape object [sic] to his car, which led to deep cut [sic] and dislocation in one of his finger [sic], causing damage to his car, smashing his windscreen,” the statement said. “At a point, he attempted to leave the scene, these same miscreants, BIAFRAN boy [sic] ordered for [sic] the closure of the gate thereby [sic] assaulting him before the arrival of police team [sic] from Maitama police station.” 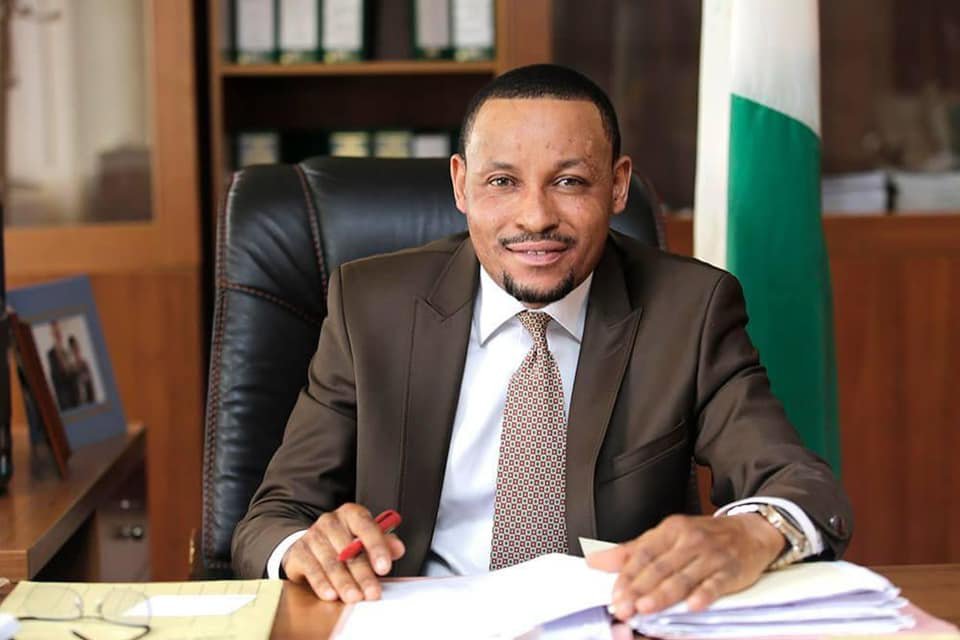 Notice that the press statement, which Al-Hassan later told ICIR he wrote “on instruction” from Umar, spelt “BIAFRAN” in all caps and called the unnamed protesters against his barbarity “boys.” Calling men “boys” is often a linguistic marker of notions of their inferiority and subservience. So the expression “BIAFRAN boys” was designed to simultaneously provoke revulsion and disdain in certain demographic categories in the country.

Sarawak, whom Umar physically assaulted, is a northern Christian from Plateau State. But the people who heckled and caught Umar’s violence against Sarawak were spontaneous, amorphous, anonymous, and multi-ethnic bystanders. Why did Umar invent the trope of “BIAFRAN boys” when it was practically impossible to determine the ethnic identities of the people who recorded and heckled him?

Well, it was because Umar wanted sympathy even when he was the top dog who tormented an underdog. Although he is cognitively stunted, he is smart enough to know that anti-Igbo hysteria unites a surprisingly large number of Nigerians.

Chinua Achebe captured this well in his famous 1984 booklet titled The Trouble with Nigeria. “Nigerians of all other ethnic groups will probably achieve consensus on no other matter than their common resentment of the Igbo,” he wrote.

When I read this years ago, I was enraged with Achebe. I thought he was overly sensitive and paranoid because he didn’t describe me or many people that I know, but upon deeper reflection and more sober observation, I realized that there’s some truth to his claim.

Many individual Nigerians don’t resent the Igbo, of course, but to deny that there is a reflexive, Civil War-inspired antipathy toward the Igbo as a collective group is to wallow in denial, which psychologists say is an instinctive ego defence mechanism. It is the collective unconscious national antipathy toward the Igbo that Umar was exploiting when he gratuitously invoked mysterious “BIAFRAN boys” to mitigate and explain away his shameful conduct.

Fortunately, the tactic backfired precisely because the absurdity of its ethnic scapegoatism was too nakedly self-evident to be effective. But Umar is not alone. More than any other administration since the Civil War, the Buhari regime takes Igbophobia as an unofficial state policy. Watch the rhetorical manoeuvres of the regime’s aides and paid propagandists, and you will find that it often revolves around stoking anti-Igbo frenzy.

Perhaps because he was serially rebuffed by the Igbo after many attempts to court them (even after choosing Igbo running mates two times in a row, he never won the Igbo vote), Muhammadu Buhari himself makes no pretences about his deep-seated loathing of the Igbo.

For instance, during a Q and A session at the United States Institute of Peace in Washington, DC in 2015 shortly after he was sworn in as president, Buhari said there should be no expectation that he would dispense favours to people who gave him only “5 per cent” of their votes.

The “five percenters” were, of course, the Igbo—and Southern minorities. So, instead of magnanimity in victory, Buhari chose to declare hostility against the Igbo from the get-go.

During his first and only presidential media chat on December 30, 2015, Buhari infamously asked, “What do the Igbos want?” As I wrote in a previous column, it wasn’t the question in and of itself that was the problem; it was the raw, unvarnished animus he exhibited in asking the question. “No president should speak so contemptuously of any constituent part of the country he governs,” I wrote.

In his interview with Aljazeera’s Martinez Dennis in Qatar in March 2016, Buhari also became manifestly agitated when the interview questions shifted to Biafra. He curtly declined to view a video of military officers shooting defenceless Biafra agitators and even countenanced the Nigerian military’s extra-judicial murders by saying Biafran demonstrators were “joking with Nigerian security and Nigeria will not tolerate it.”

Again, on September 13, 2016, when youth corps members who served in Katsina State paid him a courtesy visit, Buhari singled out the Igbos among them for censure over Biafra. “Tell your colleagues who want Biafra to forget about it,” he said. That was unpresidential and invidious, particularly because, at that time, Biafra didn’t even enjoy as much sympathy in the southeast as it does now.

American eugenicist Arthur Jensen invented a concept he calls the “stereotype threat” by which he means that people who feel stereotyped tend to act according to that stereotype, or inadvertently authorize it, often despite themselves. This has happened with the renewed agitation for Biafra. Up until mid-2016, Biafra was on the fringe even in Igboland. Buhari has ensured that it has now moved to the forefront.

In my opinion, that’s a pointless debate because it resolves nothing. The reality is that there is now undoubtedly a mutually reinforcing cycle of recriminations, which needs to stop if we are as interested in national unity as our leaders perpetually proclaim to be.

A good first step to demonstrate sincerity in the quest for national unity is to fire Danladi Umar for unwarrantedly stereotyping an entire ethnic group without evidence. If not, preachments about “national unity” will sound even more hollow than they’ve always been.

Most people know that “national unity” is only invoked as a rhetorical cudgel to squelch dissent. But Umar has presented an opportunity to show that it means more than that.