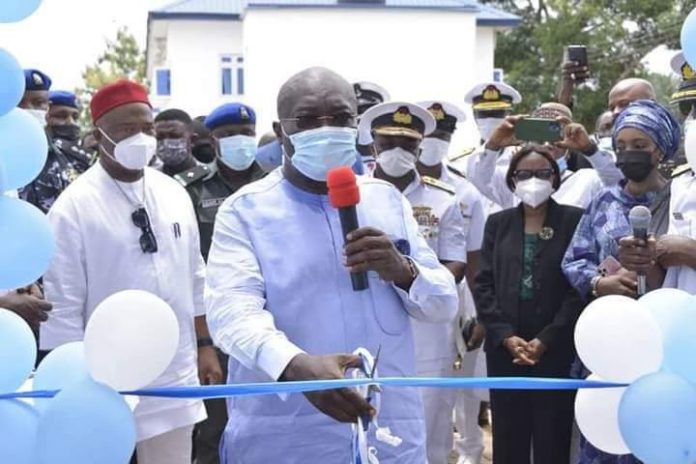 The Abia State Governor, Dr Okezie Ikpeazu has charged the leadership of the Nigerian Navy to tailor their training to be in line with the 21st-century challenges.

Governor Ikpeazu who was a Special Guest at the commissioning of the Central Bank of Nigeria Intervention Projects at Nigerian Navy Finance and Logistics College, Owerrinta, Isialangwa South LGA said Nigeria is beset with a myriad of security challenges, especially, insurgency which requires urgent attention. According to him, the trend places a new burden on the shoulders of the Navy and other security outfits in the country.

Dr Ikpeazu said that time has come to put an aspect of Finance Intelligence on the curriculum of the Armed Forces of the country to ascertain the movement of funds outside Nigeria, especially by insurgents. 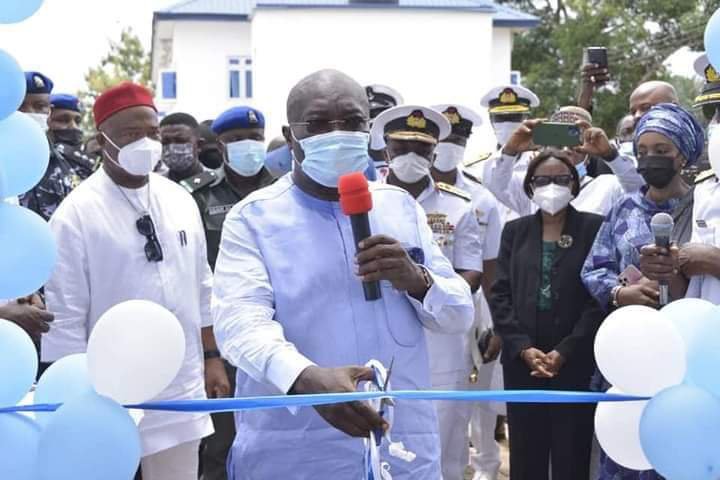 He commended the vision and depth of the Nigeria Navy in thinking towards training as what is required to enhance the confidence of the officers and men of the force and expressed happiness with the track record of the Nigerian Navy.

While noting that the Nigerian Navy has remained a flagship force that every other security arm in Nigeria tries to emulate, he appreciated the contributions of the Nigerian Navy in sustaining law and order. He pledged the support of the Abia State government towards the operations, development and growth of the Nigerian Navy Finance and Logistics College, Owerrinta. 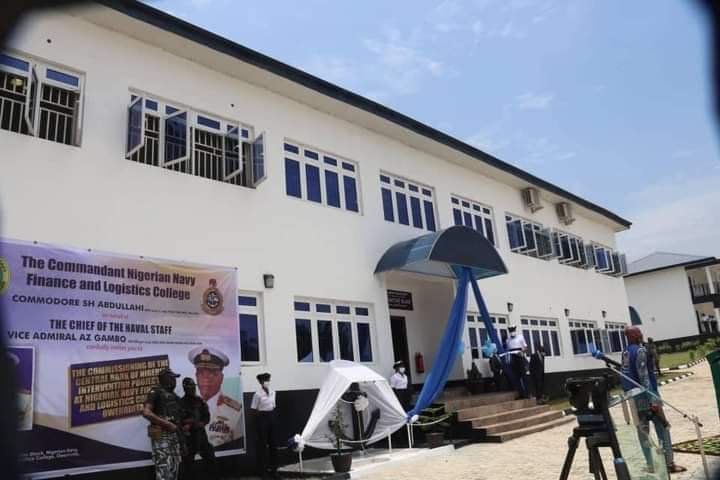 Governor Ikpeazu, who urged the students of the College to make good use of the conducive environment provided for their learning assured that Nigeria would rise from the ashes of its challenges to be the pride of Africa.

In his goodwill message, the Imo State Governor, Senator Hope Uzodinma lauded the officers and men of the Navy for their efforts in protecting lives and property in Abia and the Imo States. 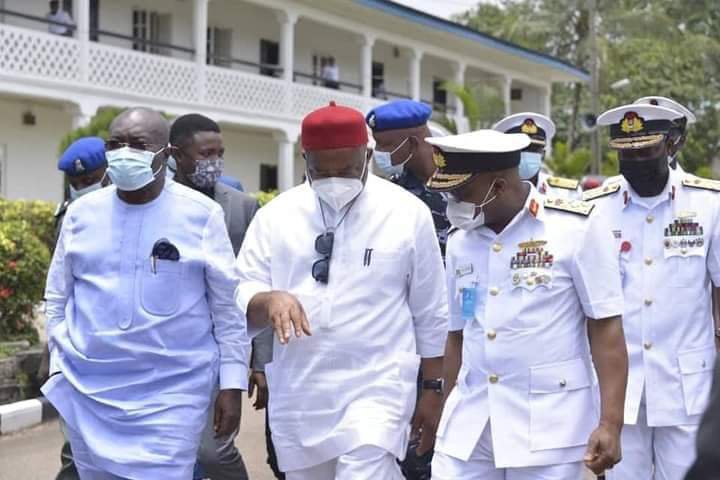 Speaking, the Chief of Army Staff, Vice Admiral Awwal Gambo said the event was a testimony of the good relationship existing among the Nigerian Navy, CBN, Abia and the Imo States. He saluted the collective efforts of the stakeholders and CBN in realizing the projects .and expressed gratitude that the college has introduced OND and other practical courses.

In her speech, the representative of the CBN, Mrs Amina Oni said the college was important to the development and training of the officers hence the need to intervene in the construction of the buildings, which she described as part of the corporate social responsibility of CBN.

He said the buildings would assist the institution greatly and thanked Governor Okezie Ikpeazu for his support, saying that he was pleased by the Governor’s presence at the event.

One of the projects, a gigantic three storey male hostel building was named after a former Military Governor of the old Imo State, Ltd. Navy Commodore Amadi Ikwechegh.