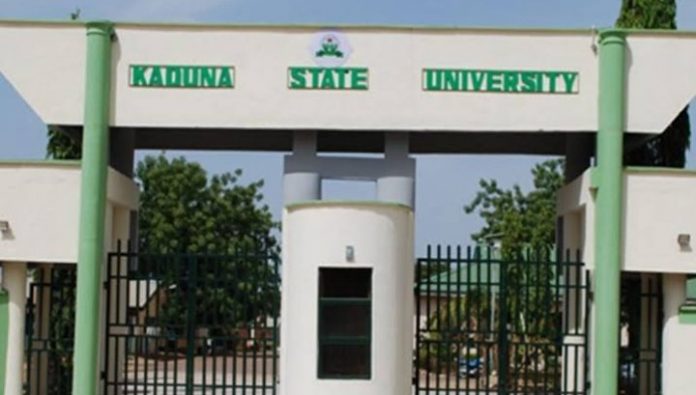 Academic Staff Union of Universities (ASUU), Kaduna State University (KASU) Chapter, says 75 per cent of the university’s students may drop out of school due to the monumental increase in tuition fees.

Its chairman, Peter Adamu said in a statement in Kaduna on Wednesday that the students may have to leave because their parents could not afford to pay.

Mr Adamu urged the state government to rescind its decision to hike the tuition fees and engage relevant stakeholders on the issue in line with its Open Government Partnership.

According to him, education is a right and not a privilege. Funding of education as stipulated in the Nigerian Constitution is the sole responsibility of the government, not parents.

Mr Adamu added that 70 per cent of the indigenous students were sons and daughters of peasant farmers, civil servants and petty traders.

“Worse still, the state government had sacked a good number of its workforce, among them, are parents and guardians of our students.

“These people struggle every day against the current economic downturn to pay the fees of their children.

“Raising school fees by over 500 per cent will, without doubt, send thousands of the students out of school.

“A significant majority of prospective students will be denied entry and this may have a devastating impact on the government’s quest to develop viable human capital in the state,” he said.

The ASUU chairman said the increase would further widen the existing gap between the rich and the poor.

He pointed out that the consequences of the upward review would be unquantifiable.

“And this is coming at the time when our streets are becoming unsafe due to an increase in thuggery, banditry and kidnappings.

“These crimes and many other related social vices have always been associated with lack of education and job opportunities as well as truancy,” he said.

Mr Adamu said that the purported scholarship programme unveiled by the government was a smokescreen to justify the increase.

He said that data from the State Scholarship and Loans Board showed that between 2017 and 2020, only about 13.29 per cent of the over 19,000 students benefited from the scholarship scheme.

He added that in 2020, students were promised laptop loans for online lectures at the peak of the COVID-19 pandemic, but none of the students benefited.

“Whatever is the motivation for the purported increase in the current fees, the union wishes to urge for quick intervention.

“We are calling on leaders of conscience, civil societies, traditional rulers and every stakeholder to intervene to avert the impending crisis that may arise from the situation.

“Everyone is aware of the disaster caused by COVID-19. The world is also aware of the massive sack and retrenchment of workers by the Kaduna state government.

“We, therefore, call on the university management to call a spade by its name and desist from the current display that suggests it is okay with the issue at hand,” the ASUU chairman said.

The Commissioner of Education, Shehu Makarfi, confirmed the tuition fees increase in all the state-owned tertiary institutions on Monday.

Mr Makarfi explained that the decision was to reposition the schools to deliver quality skills and training to solve 21st-century challenges.

The commissioner also said that the National Certificate in Education (NCE) programme was also increased to N75,000.