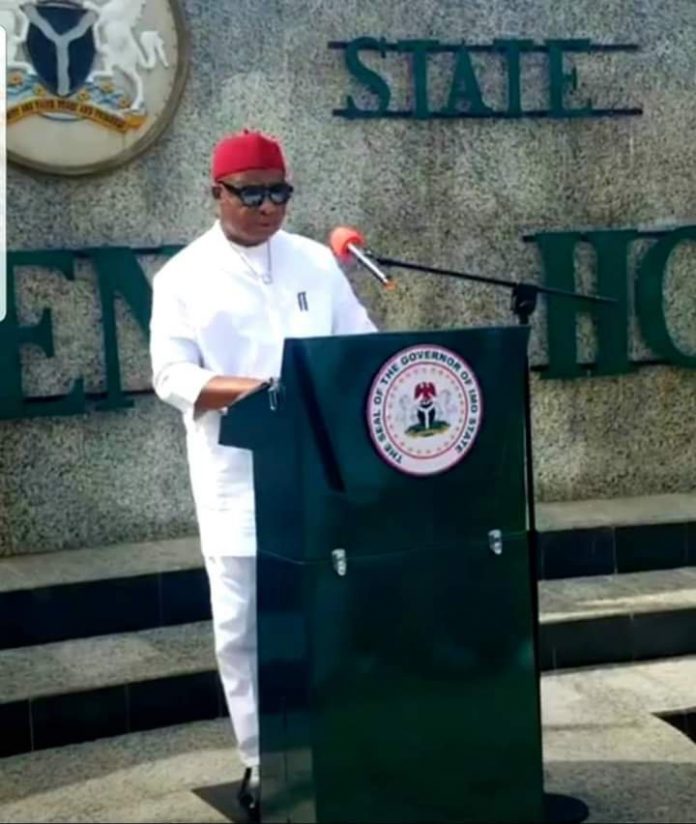 Imo State Governor, Senator Hope Uzodimma has assured people of the state that the state government and security agents are more than capable of protecting their lives and properties.

Governor Uzodimma gave this assurance while addressing workers and the entire people of Imo State on the workers’ day, otherwise known as the Mayday celebration and the security breaches in the state in recent time.

Uzodimma who made the address a day after his return from Abuja, where he had been on official duties, used the opportunity to appreciate Imo workers for their patience and for standing solidly behind him during the period of verification of workers and automation of the payroll system of the state public service.

“You will recall that after addressing the payroll system, I tackled the issue of welfare for Imo workers. Apart from ensuring that I secured a conducive working environment for you, through rehabilitation of the secretariat and provision of critical infrastructure therein, I saw to it that official vehicles were provided for permanent secretaries to ease their transportation problems. I followed it up by providing free buses for junior civil servants. These have been running religiously”, the governor maintained.

He said having actualized the automation, Imo workers have continued to receive their salaries regularly, except for a few still having issues with their documentation, which he said was being resolved, assuring that once they are resolved, the affected workers will receive arrears of their salaries.

The governor who used the opportunity to enumerate achievements of his administration, especially in the area of road construction and rehabilitation, solicited the continued support of Imolites, to enable him to deliver his good governance package aimed at totally transforming the state.

On the issue of security breaches in the state, he blamed it on disgruntled political opponents who have vowed to make his government ungovernable but made it that they have failed woefully as they will never be able to distract him from good governance initiatives.

According to the governor, investigations to unmask sponsors of the security breaches in the state have reached an advanced stage, adding that very soon the long arm of the law will expose and prosecute them.

He promised not to leave any stone unturned in ensuring the security and safety of all citizens, saying the sponsors and perpetrators of the security breaches have failed in their feeble and futile effort to intimidate the government and people of the state and enthused that his government will employ all lawful machinery at its disposal to crush criminality.

“Be rest assured that my administration is willing, able and capable of protecting the lives and properties of all Imo people and residents alike. Without any fear of contradiction, I can declare to you that the recent security challenges in the state have been effectively contained. You should therefore go about your lawful businesses without any fear whatsoever”, Uzodimma assured.