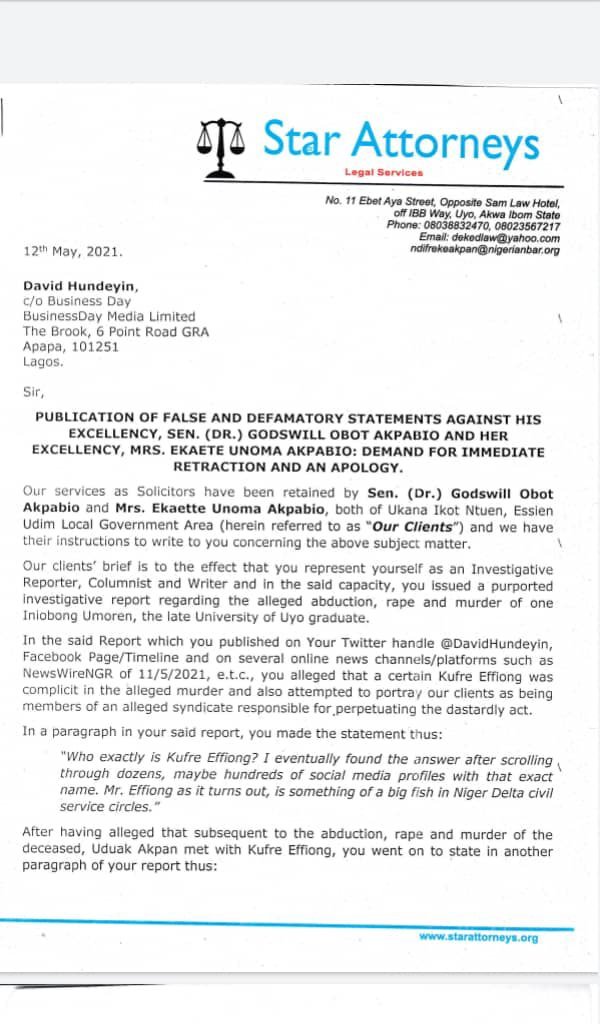 David, had in his article titled ‘Murder in Uyo: who killed Hiny Umoren?’ published by Newswire, pointed out that the hotel which the killer Frank Akpan met a sergeant was owned by the wife of Senator Akpabio.

This revelation did joy sit well with Senator Akpabio and family, hence he sued David, instructing him to write a retraction and apologize for the assault.

On Twitter, David acknowledges the letter but pointed out that he doesn’t work with ‘BusinessDay’ where the letter was addressed to and challenged the minister to sue him.

Read From David Hundeyin below;
“Hi @Senator_Akpabio, this has come to my attention. First of all, no idea why the lawyer you hired addressed it to BusinessDay as if I work there. Second, please feel free to sue. Thanks”