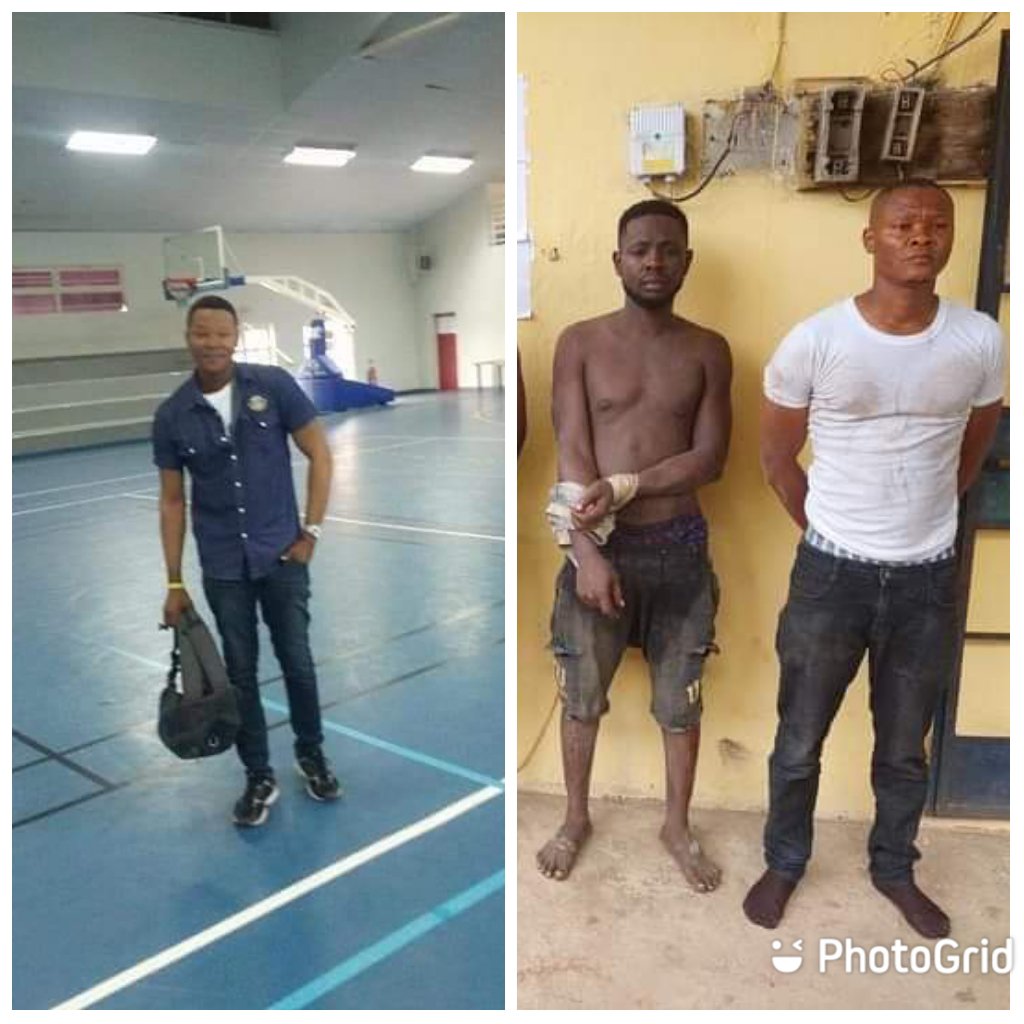 The guy wearing a white T-Shirt was alleged to have come back from Bonny Island with his family two days ago because of his father inlaw’s burial billed to hold on Friday 28th May 2021 in Imo state, and was going to Owerri in the early hours of yesterday to buy some things before he was arrested and paraded as an unknown gunman.

I have read and heard some people raise alarm about his innocence, insisting that he’s an oil worker in one of the oil companies. I also came across a comment where one guy claimed that another of the paraded guys is an innocent plumber.

While we are all expected to be supportive of responsible security agents striving to restore peace and order in the South East in particular, and Nigeria in general, it’s important to advise that any resort to arresting and parading innocent citizens as unknown gunmen in a bid to score cheap security points would further damage the already strained relationship between the public and security agents.

Mere looking at the men paraded by security agents, especially the one wearing nose mask as at the point of his arrest, one would have reasons to question the authenticity of the claims of the security agents. How could gunmen have operated without guns, as the security agents displayed none belonging to them?

When you parade an innocent man as a criminal, you hurt and destroy him psychologically, while putting serious question mark on his character and reputation, especially in the minds of unsuspecting members of the public. You also force him to develop avoidable hate against security agencies.

It’s either some of our leaders are completely detached from facts of history by thinking that counter violence and militarization devoid of peaceful mechanism would solve the problem, or that they have chosen to be willing tools for the destruction of the South East, her people and her economy.

War on terror is costly and destructive, and it’s war without end, hence the need for the application of wisdom in finding a solution to the present crisis.

Many innocen lives have been lost, both on the side of our security agents and on the side of the public, including the innocent man and woman that were hit by stray bullets yesterday at Orji in Owerri; all these would have been averted if the right strategies had been applied in seeking a solution to the problem at the very early stage.

South East governors in conjunction with other political leaders, traditional rulers and captains of industry should collectively and individually come up with a peaceful strategy that would be geared towards granting amnesty to those involved in the present security breaches, so as to have the opportunity for dialogue that would help identify the real perpetrators, their grievances and provide reasonable responses and solutions to them if they are genuine and legitimate, without betryal and victimization.

Anyone living under the illusion that flooding the South East with security agents, arms and ammunitions, war planes and creating multiple security checkpoints within our major cities would lead to a solution is simply tactless, uninformed, and dishonest.

The federal government doesn’t look like it’s interested in adopting the strategies of peace and dialogue to resolve the crisis in the South East, therefore we must carry our cross of resolving this problem with character, courage and candour, while shunning the strategy of militarization and violent confrontation, so that the lives of our people and the economy of the South East would not suffer avoidable destruction.

Peace is priceless and terror is senseless, therefore let’s keep lending our voices and keep demanding that governments at all levels show some maturity and wisdom in handling the crisis to ensure that things don’t get worse, because when they do, we would realise that we are all casualties, both those at home and abroad.