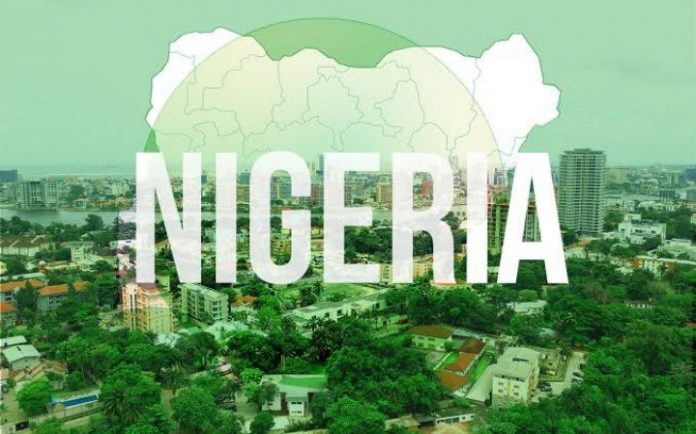 Every nation weaves the story of itself into a grand narrative that highlights many aspects of its positive self, the positive self-realisation of citizens, individual and collective identities, claims of citizens to the promises it holds out to them, knowledge, meaning, purpose and purport, and the organising structures of the nation which secure its continuing (and if not eternal) existence.

The grand narrative of a nation is at once a metanarrative and also a canon on its sociology, nature of life and existence, and the ontological experiences that establish the nation in time and space. Simply put, the grand narrative is the totality of narratives, often clashing and in constant conflicts; the convergence of contrasting meanings and divergent purports that the national life attaches to itself; and like life, the grand narrative is not a single narrative, or a single story, as the renowned writer, Chimamanda Ngozi Adichie, famously cautioned.

The nation is central to the telling of its stories; and, of course, the telling and retelling of its great voyages and journeys in which it is the voyager, protagonist, and the central character rolled into one and woven into the narrative text structure where the plots and settings of the stories of the nation find parallels in the way they cohabit within the “narrative function” and cohere into a grand narrative that teaches individual life lessons from the experiences of the collective. And vice versa.

Storytelling is essential to the life of a nation. And even more essential to the telling and retelling of the stories of a nation are the citizens – or functors as Jean-Francois Lyotard described them in his work, ‘The Post-Modern Condition: A Report on Knowledge — those for whom the narrative functions of the nation’s stories provide valuable lessons that invariably shape their lives.

The stories of a nation can only be told and retold by citizens who pass them to generations, unborn. So, when a nation loses itself and its functors, the grand narrative of experiences, realities, life, embattled by the forces which encircle it, loses its meaning. In losing itself to the forces which encircle it, the nation surrenders to the death that stalks it. The once heroic nation becomes like George Winterbourne, the hero in Richard Adlington’s novel, ‘Death of a Hero’, who delivered himself to death just before the machine guns of the Germans fell silent.

Though Adlington’s message centres on war, there’s a sense in which the death of humanity is glimpsed as the central theme of his message. But, there is the dissimilarity between Adlington’s character and our nation, which still considers itself lucky, even when it is slowly dying and citizens look to find in its slow death the sufferings that would eventually be theirs, having surrendered to fate.

A new grand narrative is taking shape. The morbid, woe-is-we narrative of nation killers who seize the nation by the scruff of the neck and inflict malevolence on it. The arrogance of the nation killers in weakening the nation’s institutions and displacing agreed rules in a manner that distorts the character of the dying nation is beyond belief.

Without displacement, the unchecked dominance of one section over other sections becomes impossible; for, without displacement, the weak institutions of state violence would not be able to build around the newly imposed formal rules of the nation killers. Little wonder that the police, governed by the new informal rules, dismiss citizens who allege that herdsmen are responsible for the kidnappings and deaths in their local communities. Indeed, the police aren’t our friends.

The nation killers have become clinical in their murderous acts, which require secrecy. But, the killers are arrogant. They kill in plain sight, neither hiding their faces nor weapons. They have no respect for human life, so they kill with reckless abandon.

They have so the sense of empathy, so they are never taken aback by the outcry that attends their murderous acts. For the killers, killing is about furthering their goals while murdering citizens they consider as the sacrificial lambs for the greater goal of conquest and domination. For them, sacrifice requires that whoever opposes them must die. If they can place their own lives on the line, anyone who stands in their way must die, which appears to be the message. The greater goal is driven by the lust for power and a certain subculture of striving that appeals to blood-seeking bandits and herdsmen.

So there’s no subtlety, no finesse in their approach or sophistication in the way they engage the rest of the nation, beyond inflicting violence and committing genocide, which Raphael Lemkin rightly noted in his book, ‘Axis Rule in Occupied Europe’, not only goes beyond the destruction of the nation but also encompasses “the coordinated plan of different actions aiming at the destruction of the essential foundations of the life of national groups with the aim of annihilating the groups themselves”.

True, the arrogance of the nation killers is at once a commentary on their instincts to conquer, dominate and impose a culture that is as un-civilising as its mission. But, there’s a primitive push to its mission; a push that has its roots in that by-gone era in which the subjugation of sections of the nation was masked as one collective march towards “One Nation” and “One Destiny” under “One God”.

There’s no chasm between the past and present.

The present push reflects the continuity of the past, of a new set of nation killers whose sole attachment to history is to take the nation back to the civil war years of death and destruction, and a sad reality that stands in contrast to the avowed declarations of humanity to protect the sanctity of life. Is it any wonder that Benue people are being killed daily?

Is it any wonder that the Rural Grazing Area (RUGA), the controversial policy of settling nomadic herders on parcels of land belonging to communities of the deep South, which Buhari pursues with vigour and which southern leaders and governors have consistently opposed, has suddenly become the fundamental objective and directive principle of state? So, it is a small wonder that this government is protecting killer herdsmen who inhabit the forests and bushes of the deep South?

The continuity of history invites several questions, but the foregoing questions suffice for our purpose here. A nation is the voluntary creation of citizens.

The voluntariness of citizens’ acts is a product of reason and will, expressed as freedom and liberty. The exercise of the voluntary power of citizens is deliberate and intentional, so is the creation and product of their reason and will – the nation. If the voluntary power of citizens is undermined, to the extent that it is distorted, all in an attempt to either remap or reconfigure the nation to stamp dominance, the dangerous outcome is the creation of stranger citizens in a stranger nation.

A point to note here.

The distortion and reconfiguration of the nation aren’t about nation-building. It is about the end to the nation as every citizen knows it, as it is about a new beginning locked in the old- the birth of stranger identities of citizens who embody the encounters of strangeness and sing songs that aren’t redemptive, like the Psalmist who sings the Lord’s song in a strange land.

Somehow, the citizens have become like WB Yeats, who in his poems, A Dream of Death’, and ‘An Irish Airman Foresees His Death’, dreamt of the death of his beloved friend, Maud Gonne, and foresaw his death, “in a strange place, near no accustomed hand”. Today, citizens not only ponder where they will meet their “fate somewhere among the clouds above”, to quote Yeats but like the Irish Airman they actually foresee their death before they are killed in our now stranger nation.

There you have it, dear reader – please, continue to stay safe in a nation in which killers are writing the new grand narrative of death and destruction. Ozoemena