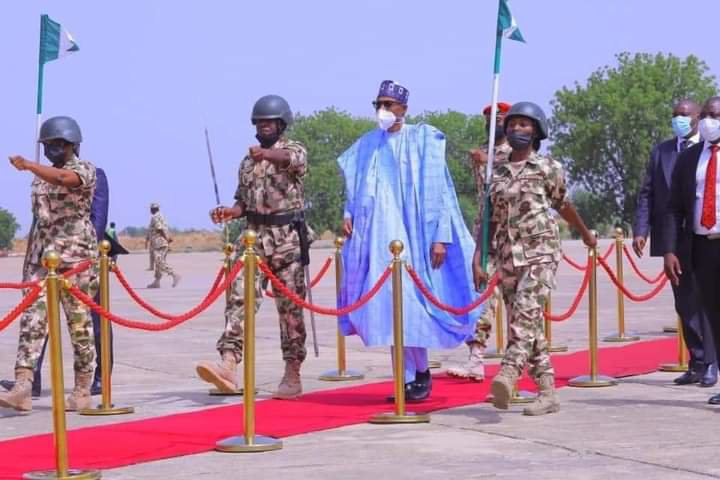 Reno Omokri, the former aide to President Goodluck Jonathan has urged President Muhammadu Buhari to prove to non-Fulanis in Nigeria that he does not have an irredentist agenda by treating killer herdsmen the same way he treats other groups that threaten our national unity.

Omokri said this on Thursday through his official Facebook page as he commends President Buhari for visiting Maiduguri, the capital city of Borno State.

He also urged the president to visit the South-East to repair the damage his ‘dot in a circle’ comment did to the regime and assure them of his commitment to their well being.

Omokri pointed out that it is very wrong for the three arms of the government to be headed by Northern Muslim males as that is opposed in the Federal character principle and asked for equity for other regions.

“I commend General Muhammadu Buhari for visiting Maiduguri. This is a good move. It is a strategic gesture. To be honest, Buhari’s behaviour is still problematic here and there. But in the last few weeks, I have seen marked improvements in communication and interaction and project delivery.

The visit to Lagos and the delivery of the Lagos-Ibadan railway was most praiseworthy. I not only commend General Buhari. I also commend Rotimi Amaechi.

The Executive Orders granting financial autonomy to State Legislatures and Judiciaries is a good step and worthy of praise. I wish it were made a constitutional provision so a future President does not reverse it.

And this visit to Maiduguri is significant. The residents of the town have felt abandoned for a while. Buhari’s visit will reassure them that they are not on their own, or forgotten, and it has the added benefit of motivating our troops.

The only counsel I will give to the President would be for him to ensure that at least one of the other two arms of government is headed by a Southerner. It is very wrong, and against the principle of Federal Character for the Three Arms of government to be headed by Northern Muslim males. It is affecting national unity and cohesion and the North would not like it if it was done to them by a Southern Christian President.

I would also counsel him to visit anywhere in the Southeast, and reassure them of his commitment to their well being in Nigeria, and then to instruct his media aides to take a more conciliatory tone when dealing with opposition. That ‘dot in a circle’ comment has really done massive damage to the idea of One Nigeria. He needs to heal the wounds his words caused.

Finally, the President would do well to prove to non Fulanis that he does not have a Fulani irredentist agenda by treating killer herdsmen as he is treating other groups who threaten our national security,

We actually want Buhari to succeed. He has already won a second term by hook or crook (more by crook, but he has won it anyway). The situation is different from pre 2019. He is not a threat to the opposition. Anyone who does not want him to succeed is not wise.

I want Buhari to succeed. He will get my commendation if he does well. However, I will oppose him if he goes off track.”

President Buhari visited the Armed Forces in Maiduguri on Thursday in an official visit. He commended the soldiers for their commitment while encouraging them to not relent in the war against terrorism.