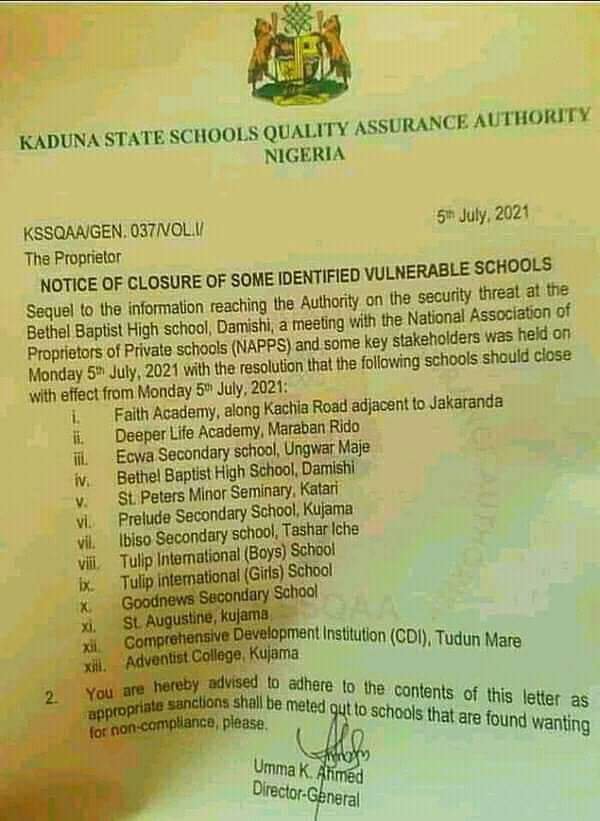 The Kaduna State Government has closed down 13 private schools following the attack by bandits in Bethel Baptist Secondary School on Monday, 4th July, 2021.

A statement signed by the Director-General of Kaduna State School Quality Assurance Authority Nigeria, Umar K. Ahmed, to proprietors listed the schools while urging them to adhere strictly to it.

It directed the schools to immediately close down from the 5th of July and stated that it will sanction any school found wanting.

On Monday, bandits attacked Bethel Baptist private school in Kaduna and abducted over 170 students. While three were able to escape, others were taken to an unknown destination.