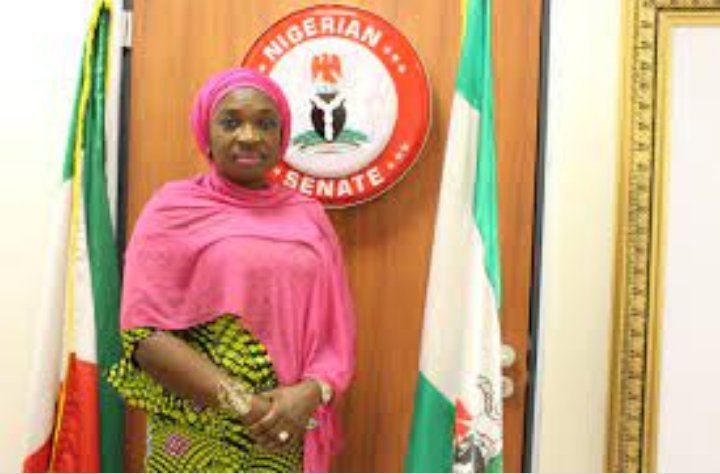 The Obosi Development Union, Abuja branch has written its representative at the National Assembly, Senator Uche Ekwunife demanding to know why she was absent at the plenary during the debate for electronic transmission of the election result.

The Senator representing Anambra Central Senatorial District was one of the 28 absent Senators on the plenary that decided the e-transmission of election results in the country.

ODU stated that the day Senator Ekwunife chose to be absent was the day ‘that presented an opportunity for history to be made in the electoral process of the Federal Republic of Nigeria – a country bedevilled with various forms of electoral riggings and manipulations.’

It stated that it needed a response to its inquiry as failure to explain will prove that she is one of the politicians who profit from the manipulation of election results.

The letter read, “Request for an explanation of your absence at plenary on Thursday 15th July 2021:

”We are members of the Obosi Development Union (ODU), Abuja branch, your constituents whom you represent at the Red Chambers of the National Assembly.

“We have observed with dismay from the compilation of votes of Senators for the Bill on electronic transmission of election results, that you were absent on Thursday, 15th July 2021 when the Draft bill was put to vote on the floor of the Senate Chambers, a day that presented an opportunity for history to be made in the electoral process of the Federal Republic of Nigeria – a country bedevilled with various forms of electoral riggings and manipulations.

”We do not doubt that you are aware that the disaffection with the electoral system in Nigeria is intrinsically connected to the lack of integrity and confidence in the electoral result delivery process. The acrimony and violence in our electoral process have led to fatalities, too numerous to mention; Obosi as a town has experienced quite a several fracases that culminated in deaths during the election result collation process, hence our feeling of disappointment that our voice did not count owing to your absence on the day of the vote.

“As our representative in the Senate, we expect that when very sensitive and important decisions or voting is taking place in the Senate, you will not only make yourself available but also use every means possible to lobby your colleagues (especially those from the North because of their numerical strength) to support initiatives that will advance the cause of your constituents.

“Iyom, bear in mind that if this issue is not well handled, it can overshadow your performance and define your legacy as our representative, as it portrays an unambiguous disconnect with the desires of your constituents.

“Please, also note that unless a satisfactory explanation is offered, our members and your constituents at large are inclined to view your action as typical of politicians who profit or hope to profit from election result manipulation that has bedevilled our electoral system and frustrated the desires of the people to elect representatives of their choice as guaranteed by the 1999 Constitution. We look forward to receiving your prompt response on this matter.”