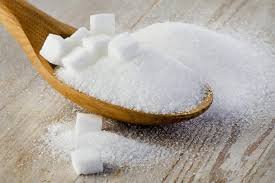 Many Nigerians have reacted to the sheer ‘monopolizatization’ of Sugar importation by three companies in the country stating that any country that monopolizes importation in a country with over 200 million people is not ready for growth.

A viral document circulated on social media on Thursday revealed that the Federal Government has approved the importation of sugar by only three companies in its plan to encourage domestic production and refining.

In the letter signed by the Director of Trade and Exchange Department, Dr O.S.Nnaji, it revealed that the Federal Government under the National Sugar Development Council has established the Nigeria Sugar masterplan to encourage and incentivise sugar refining companies in their Backward Integration Program for local production.

It granted three companies who it stated has made reasonable progress in achieving backward integration in the sector the ability to import sugar in the country.

Reacting, Oseni Rufai wrote “A country where only three companies can import sugar is a sad case for its economy we MUST liberalise sugar.”

Just as the price of milk spiked astronomically, so shall the price of Sugar. Milk and Sugar off the common man’s table.”

Dendy Victor wrote, “Dangote will rather die than allow others pursue him out of the market. It’s a deliberate attempt to extort the masses by Keeping the franchise for the 3 importers. They wldn’t claim they don’t knw competition brings dwn prices just dt the suffering of the masses give them orgasm.”

Meanwhile, in 2008, the National Sugar Development Council developed a road map at the request of the Federal Government to meet the demands of 1.7 million metric tonnes by 2020 through domestic production.

With the Backward Integration Program, the plan was to establish 28 Sugar Factories and bring about 250,000 hectares of cane field for can cultivation.

Below was the result;

However, the Federal Government have argued that the monopolization will increase the domestic production of sugar in Nigeria.