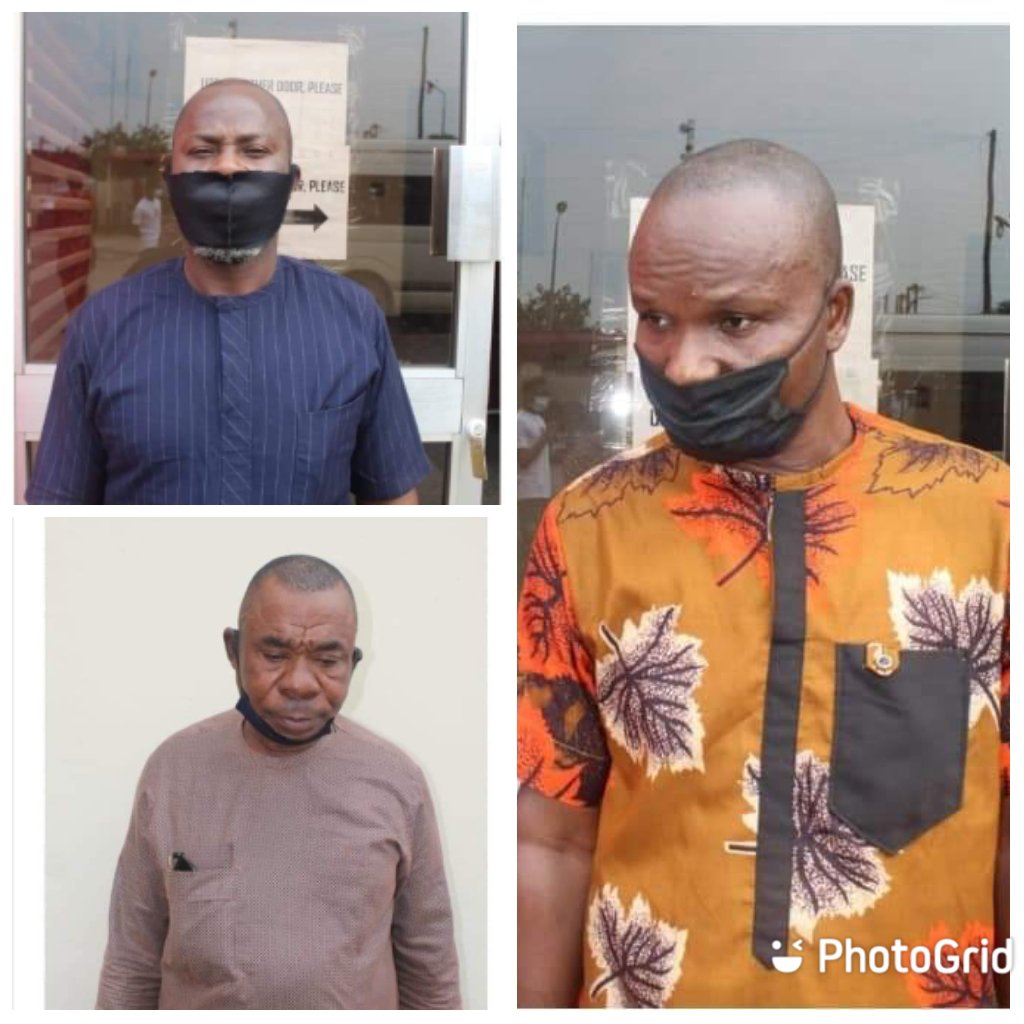 For attempting to use forged documents to induce operatives of the Benin Zonal Office of the Economic and Financial Crimes Commission, EFCC, to release suspects on bail, the trio of Ughuoshe Adolphus, Ojeifo Godfrey and Lewis Ogenkhewe were today July 22, 2021 arraigned on a three count charge of conspiring to pervert the course of justice before Justice (Professor) C. A. Obiozor of the Federal High Court sitting in Benin City, Edo State.

One of the counts reads: “That you Ughuoshe Adolphus (m), Ojeifo Godfrey (m) and Lewis Ogenkhewe (m) on or about the 15th day of September, 2020 in Benin City, Edo State within the jurisdiction of the Federal High Court did fraudulently utter a false document captioned “confirmation of Mr. Godfrey Ojeifo” with intent that the officers of EFCC may in the belief that it is genuine be induced to release Albert Taidos on administrative bail and thereby committed an offence contrary to Section 468 of the Criminal Code Act CAP C39 LFN 2004 and punishable under Section 467 of the same Law.”

The defendants pleaded not guilty to the charge when it was read to them.
In view of their pleas, the prosecution counsel, M. I, Elody prayed the court to fix a date for trial and to remand the defendants in custody.

Justice (Professor) Obiozor ordered that the defendants be remanded in EFCC custody to undergo a Covid 19 test before being transferred to the Correctional Service pending the determination of their bail application.