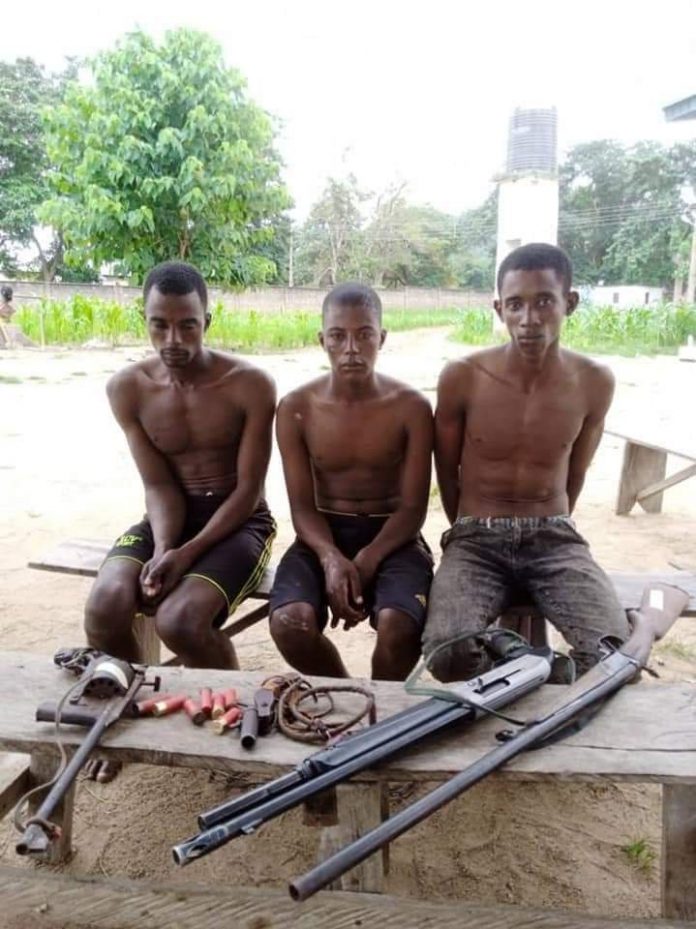 Hunters from Okehi Local Government Areas on Monday nabbed three kidnappers who have been suspected to be terrorizing the area while the security operatives recovered three guns from the arrested criminals.

The chairman of Okehi Local Government Area Hon Abdulraheem Ohiare Ozovehe who led the operations to the kidnapper’s hideout in Arima, Ijumu LGA said recovered were two (2) guns in possession of Murne Beji, a locally made medium barrelled Revolver using AK 47 bullets and a locally made long-barrelled gun.

He stated that the two other members of the kidnap gang who were at large before, Kadi Abdullahi and Rabiu Muhammadu (Rabe) were also nabbed and a locally made pistol was recovered from them.

The chairman asserted that the Suspects were presently in custody and helping the Security Agencies with useful information that would help the security personnel in the arrest of others.

While speaking with the Chief Press Secretary to the State Governor, Muhammed Onogwu noted that the state’s security architecture has continued to stand the test of time and have recorded successes against several intricacies by criminal elements.

He opined that the results they were recording were largely owed to the morale boost and support the Governor has continued to give as well as the cooperation from the citizens and synergy between the security operatives and commended security agencies in the state for their effort in ensuring peace in the state.