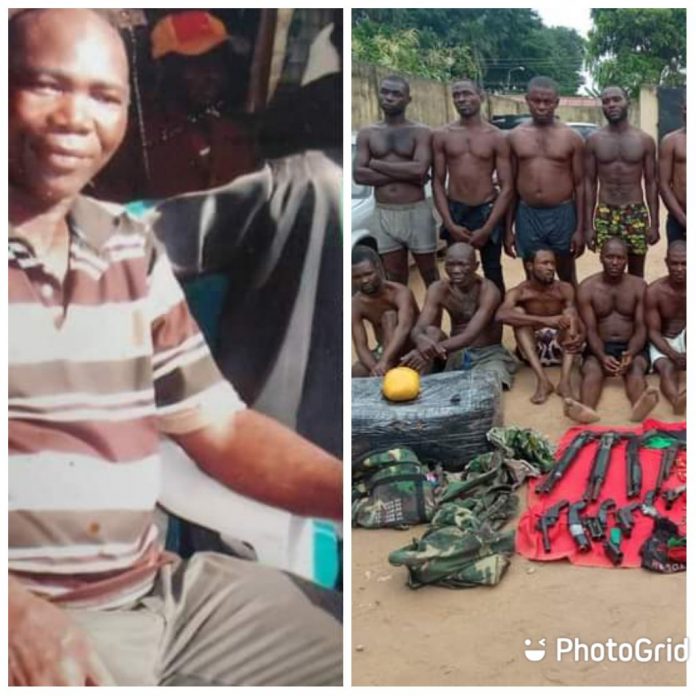 A lady identified as Chiamaka Cynthia Duruigbo has raised alarm over the parade of her father Anthony Onyekwere Duruigbo by the Imo State Police Command as unknown gunmen.

Sharing the news on Fcebook, Chidinma explained that her father who went to Orie Okporo market in Orlu to buy something went missing.

They waited for his return but never saw him until he was paraded alongside others on Monday by the Police stating that the arrested persons confessed to being behind the attack at Omuma and Njaba police station in the State.

This is my father ANTHONY ONYEKWERE DURUIGBO, I just don’t know where to start from, my father was on His way to buy something at orie okporo market in orlu ooo and we waited and waited for him, he didn’t come home, not knowing that police stopped him and arrested him for no just reason. Now this is where they took him to. Friends!! Nigerians!! please speak up for my father.”

On Monday, another family raised alarm after their son Elvis Okafor who was sent to buy drugs for his sick mother was also paraded as an unknown gunman.

Citizens have accused the police of picking up innocent citizens and tagging them IPOB or unknown gunmen which always leads to more extortion or killing.