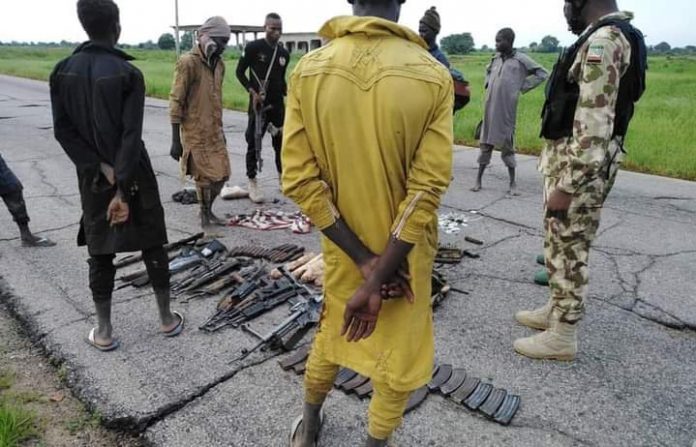 In continuation of the ongoing intensive clearance operations across the theatre of Operation HADIN KAI (OPHK), more Boko Haram Terrorists (BHTs) and elements of Islamic State of West Africa Province (ISWAP) and their families, who have hitherto hibernated around the fringes of Sambisa forest have yielded to troops’ heavy artillery and air bombardments and surrendered to troops at Forward Operational Base (FOB) Banki Junction/BOCOBS in Bama, Borno State on 2 August 2021

The terrorists lamented that the ground and condition in the forest have become untenable, hence their surrendering.

The terrorists and their families are currently undergoing comprehensive security profiling and preliminary investigations, while the children have been administered with oral polio vaccines.

The Chief of Army Staff, Lieutenant General Faruk Yahaya has commended the troops for the sustained offensive and clearance operations conducted in the theatre. He charged them to maintain the momentum of the operations.