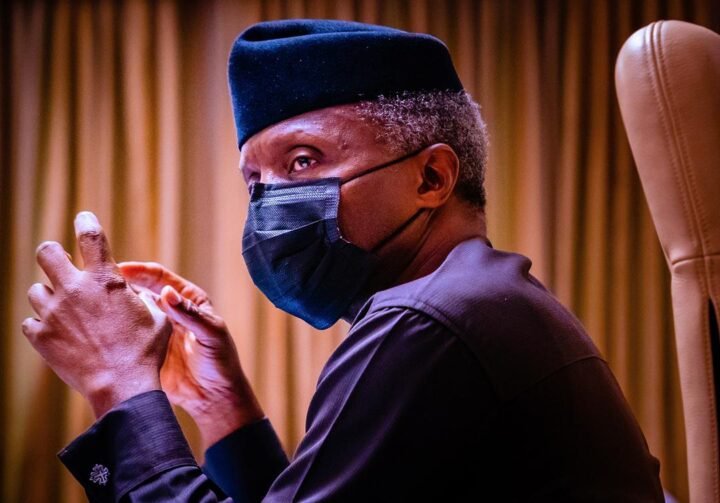 Vice President Yemi Osinbajo says he has not declared to run for president in 2023 as campaign posters and similar materials appear on social media and the street.

On Monday, his media aide Laolu Akande claimed that videos and other materials linking Mr Osinbajo to the 2023 presidential election had no connection to the vice president’s office.

Mr Akande admitted there had been a flurry of activities such as the release of campaign-style promotional videos, banners on social media, and even the deployment of political posters in some parts of the country for the vice president.

The materials were displayed in the Federal Capital Territory and Kano, indicating that Mr Osinbajo had joined the 2023 presidential race.

But Mr Akande stated, “The Office of the Vice President is not in any way connected with the distribution and deployment of any 2023 political posters whether on the streets or in online videos, banners and the like on the social media. All these are simply needless distractions from the urgent tasks of governance needed in our country at this time.”

He insisted that Mr Osinbajo had not declared an interest in the 2023 presidential election, maintaining that he is focused as President Muhammadu Buhari’s deputy to address Nigeria’s problems.

Mr Osinbajo’s political benefactor and national leader of the All Progressives Congress (APC), Bola Tinubu, is widely believed to be eyeing the Presidency after Mr Buhari’s exit from power.