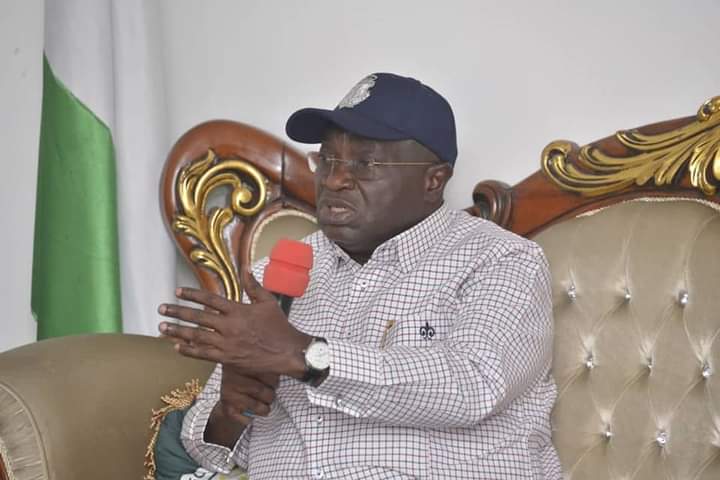 Governor Okezie Ikpeazu has made a strong case for true fiscal federalism where States will have powers to manage resources in their domains and the case of natural resources, pay royalties to the federal government.

Governor Ikpeazu made the case when he received in audience a delegation of the Federal Commissioner, representing Abia State at the Revenue Mobilisation Allocation and Fiscal Commission (RMAFC), Dr. Chris Akomas at Government Lodge, Aba. He said the Eastern Region of Nigeria used to be the fastest growing economy in the world during the times of Dr. Michael Okpara; when there was true federalism with different regions controlling their resources.

The Governor made it clear that that everyone and every region is not equally endowed by nature and such regions must be allowed to enjoy the advantages of those endowments since they also live with the disadvantages of such endowments, especially environmental degradation.

Governor Ikpeazu stressed that funds reserved for Federal roads by the Federal Government should be sent to the States to fix the federal roads that cut across those States, maintaining that States should be allowed and empowered to do the Federal government roads in their domains. According to the Governor, his administration is intervening on many federal roads and decried the paucity of funds that makes it impossible for states like Abia to fix federal roads for its citizens. He said even if 100 percent of the state’s allocation is deployed in the Abia a axis of Enugu-Portharcourt express way, it would not be enough to fix it.

The Governor noted that the clarion call for states to make contributions to the ongoing review of the revenue sharing formula by the Revenue Mobilisation Allocation and Fiscal Commission (RMAFC) is desirable, saying that the move for the review by the RMAFC is laudable and assured that Abia State would cooperate with the RMAFC and make its position known very soon, even as he announced the setting up of a Committee to that effect which would be headed by the Commissioner for Finance, Dr. Aham Uko.

Governor Ikpeazu, who thanked Dr. Chris Akomas for the good job he is doing at RMAFC said the State is proud of him and described Dr. Akomas as one of the brightest and most intelligent public officers Abia State has produced.

Speaking earlier, Dr. Chris Akomas who is the Chairman of the Committee on Disbursement of the Commission said the team was in the State to sensitize the State Government on the ongoing process of the review of the revenue sharing formula of the Federal Government. He stated that the process of reviewing the revenue sharing formula is the constitutional responsibility of the Commission and said that response to the review is urgent while the next stage would be the Zonal Public Hearings where States would make their positions known

Dr. Akomas, a former Deputy Governor in the State commended Governor Ikpeazu and his brother Governors in the South East for their efforts in handling security challenges in the region and thanked him also for all his efforts towards achieving good governance in Abia State.

The Federal Commissioner was accompanied on the visit by the Federal Commissioner representing Rivers State in the Commission, Mr Temple Wener Osondi and some Senior Directors in the Commssion while some members of the State Executive Council including the Commissioners for Finance, Dr Aham Ukoh, that of Health, Dr Joe Osuji and Works, Barrister Bob Chiedozie Ogu as well as the Deputy Chief of Staff to the Governor, Sir Don Ubani witnessed the event which held at the Governor’s Lodge Aba.