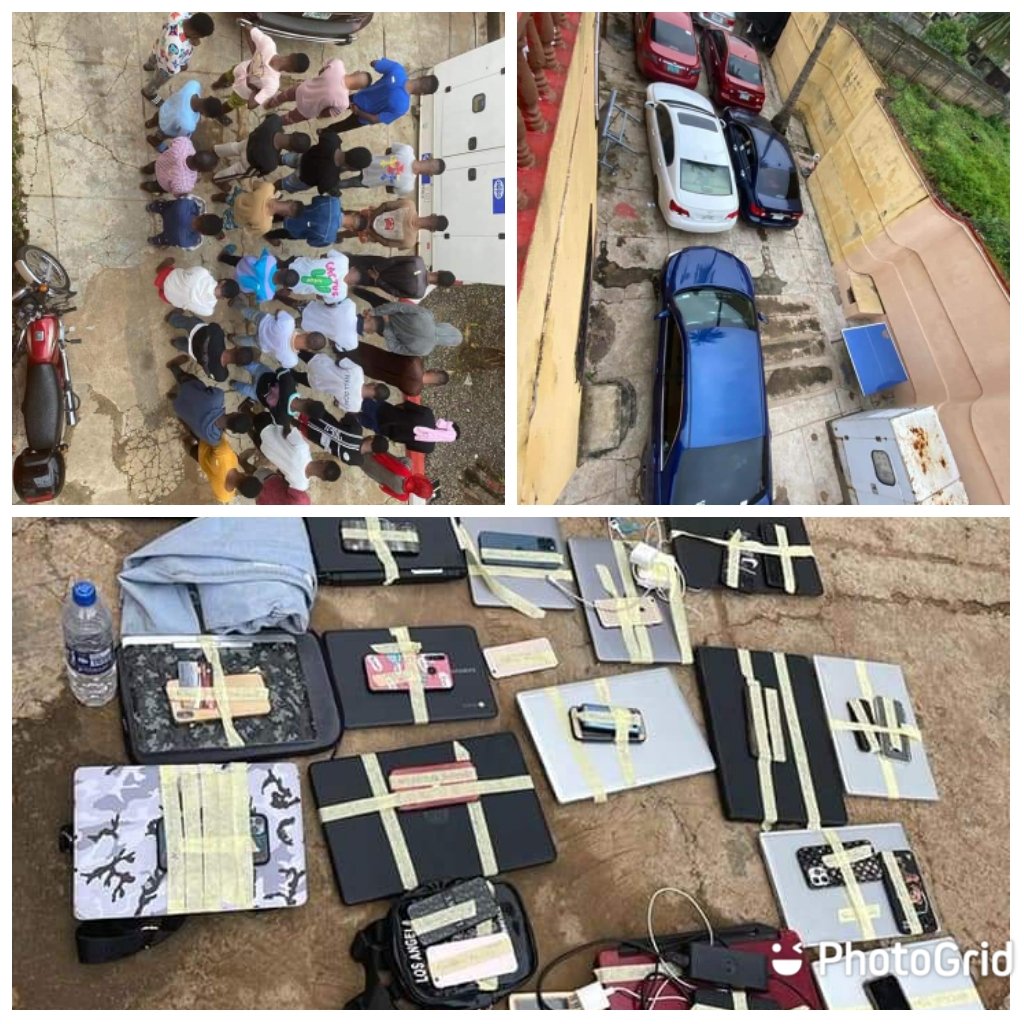 Operatives of the Ilorin Zonal Command of the Economic and Financial Crimes Commission, EFCC, have arrested 30 suspected internet fraudsters in a sting operation at Kwara State University, KWASU, Malete.

The suspects were arrested following actionable intelligence on their alleged involvement in internet-related fraud activities. Part of the intelligence indicated that suspected internet fraudsters were operating in campuses around Ilorin metropolis to swindle unsuspecting victims of their hard-earned income. Based on the intelligence, and weeks of surveillance, operatives of the Commission on September 19, 2021 executed a search warrant in hostels within the KWASU campus, where a number of arrests were made.

In the course of interrogation, those found not culpable were released to the Student Union Government, SUG, of the School, while the targets of the sting operation were brought to the Ilorin Zonal Command for further questioning.

Some of the items recovered from them include six exotic cars, several laptops, mobile phones and other incriminating documents.

The suspects will be charged to court as soon as the investigation is concluded.