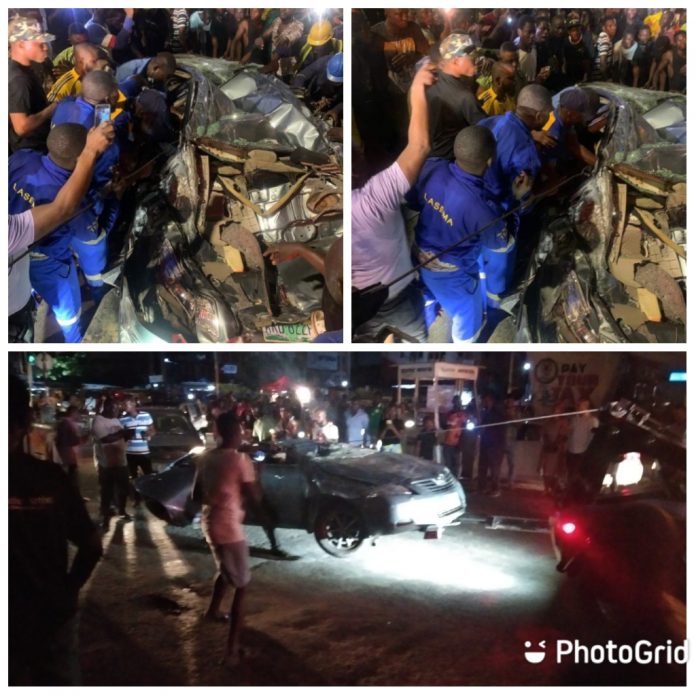 The incident which occurred along Abalti barracks inward Stadium this evening when the containerized truck developed a mechanical error, was relayed to the Agency through its toll-free numbers 767/112 at 6:35 pm elicited the prompt response and eventual rescue of the four adults (2 males, 2 females).

The four victims were administered Pre-Hospital care by the Agency’s Paramedics and we’re thereafter transferred to General Hospital, Marina for further treatment.

The Agency’s heavy-duty equipment Forklift, recovered the accident vehicles and placed on a layby thereby restoring normalcy on the road while the car was towed to Area C Police Station with the Agency’s Light Tow Truck.

The Cobra Squad at Onipanu led by the Director of Operations, Engr. Olatunde Akinsanya worked in collaboration with LASTMA, Nigeria Army, Nigeria Police Force and FRSC.