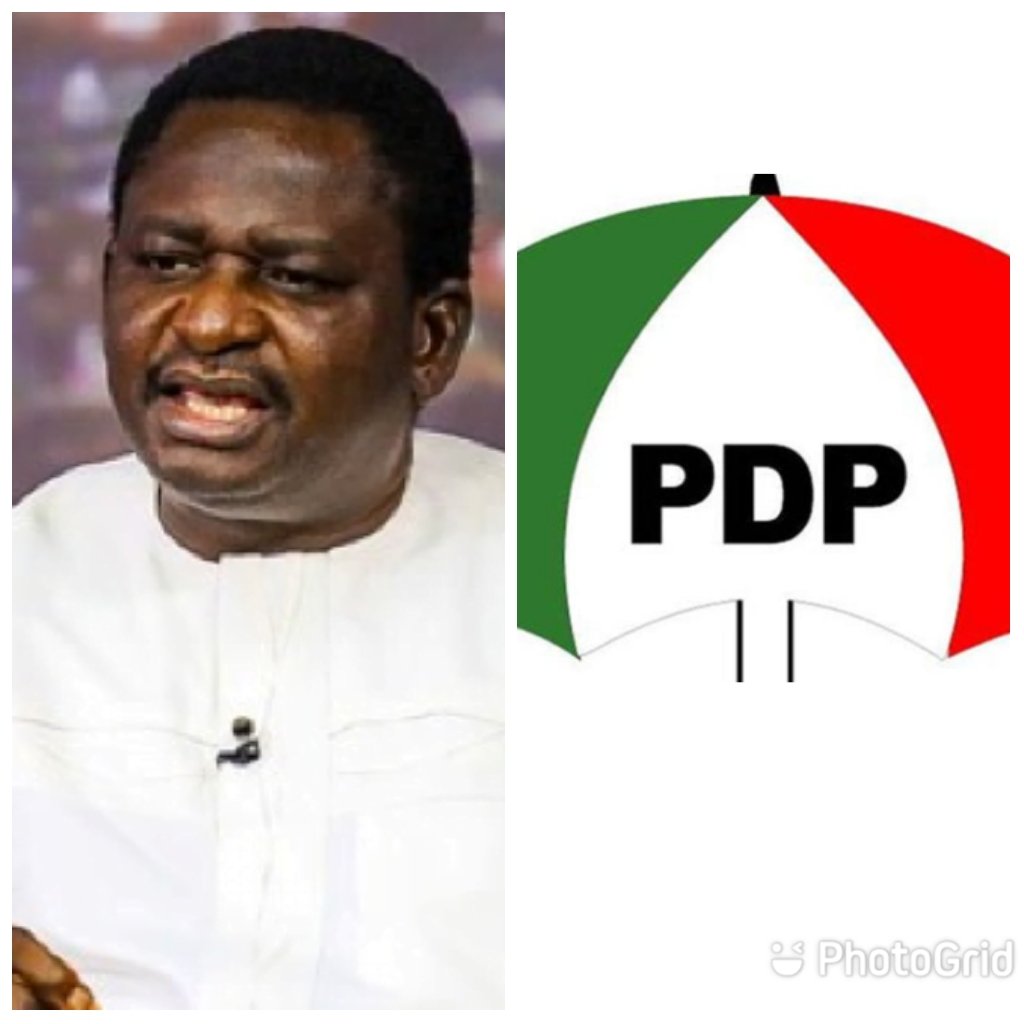 Femi Adesina, the Special Adviser to President Muhammadu Buhari on Media and Publicity has challenged the Peoples Democratic Party, PDP, to show a major road or rail project started and completed in its 16 years in power.

Speaking in his opinion article titled ‘Weighty Matters About Our Country’ on Thursday, Adesina backed the Independence Day speech of President Buhari stating that the image of the country in terms of infrastructure, social care, governance, has greatly improved in Africa and the rest of the world.

Pointing out Senator Enyinnaya Abaribe, Adesina said he should be in the prison for standing surety to Mazi Nnamdi Kanu, the leader of the Indigenous People of Biafra, IPOB, who was detained and released but left the country. He accused him of inciting violence among the people.

Read his full article below;

WEIGHTY MATTERS ABOUT OUR COUNTRY

Series of reactions have typically attended the October 1 broadcast by President Muhammadu Buhari to mark the 61st anniversary of our Independence Day. These include the good, the bad, and the downright ugly. That’s democracy in action, with its propensity and predilections for freedom of speech.

My motive in this piece is to consider parts of the broadcast that look into our very essence, our raison-d-etre as a country, and how the ties that bind can be further strengthened. Okay, let’s go.

“Fellow Nigerians, the past 18 months have been some of the most difficult periods in the history of Nigeria. Since the civil war, I doubt whether we have seen a period of more heightened challenges than what we have witnessed in this period.”

Factual. Straight as an arrow. Deadpan. Our President is not one to mince words, speak facetiously or tongue-in-cheek. He says it as it is.

We have, indeed, passed through the most challenging of times in the past 18 months: security-wise, economically, socio-politically, and in many other ways. Life has descended into the Hobbesian state of nature; nasty, brutish and short. But God will have mercy on whom He will have mercy. We are still here, standing, hoping, trusting. Better days will come, and are, indeed, coming. Challenges are meant to be surmounted. Accepting that they are real is the first practical step to combating them. The Buhari administration is not glossing over our issues, but is rather facing them squarely. And that is why #We Believe. Some governments lie to their people. No, not the Buhari government.

“In the last four months, the gallant men and women of the military and security agencies have made tremendous progress in addressing these new security challenges. We are taking the fight to our enemies from all angles, and we are winning.”

God bless our troops! From the air, the land, the waters, they are defending us, routing out the evil and wicked. They pay heavy prices, even the ultimate sacrifice, but they keep at it. Nigeria must be free, and must be at peace. By force! We appreciate. We are winning all the wars, we are not looking back. With the banners before us, we are sure of victory. I say it again: God bless our troops! Amen.

Believe this President when he tells you that “in line with section 14(2)(b) of the 1999 Constitution (as amended), the security and welfare of Nigerians continue to be the prime focus on which programmers and projects of our government revolve.” When Muhammadu Buhari tells you something, you can take it to the bank. Believe!

Some people incite violence through words or actions, thus exacerbating the security challenges we have. You wonder where they are from, and why they would further stoke a burning fire with incendiary materials.

There is one funny Senator who talks about the mismanagement of our diversity as a country, yet he daily uses foul language against those in leadership. He stood surety for someone bent on dismemberment of the country, and when that one vanished, and he should have been cooling his feet in prison, the Senator still spews rubbish. Chief ‘mismanager’ of our diversity. And the President had words for him and his ilk, who exist round the country.

“We are ready to arrest and prosecute all persons inciting violence through words or action. Our resolve for a peaceful, united and one Nigeria remains resolute and unwavering…

“The seeds of violence are planted in people’s heads through words. Reckless utterances of a few have led to losses of many innocent lives and destruction of properties.”

How very true! The reckless utterances come even from the pulpit; from apostles, pastors and bishops. From the mosques; from sheikhs and mallams, from the newspapers, radio, television, Internet, everywhere. From the very old, the young, male, female. They just say incautious, thoughtless, imprudent things that swell up, and lead to violence, sorrow, tears and blood.

Yes, a government must work for harmony, amity and concord in the land. But when these characters would not relent in being ‘opposite people’, what should be done? The President addresses it in the broadcast. “Our hope is not to fight for peace. We can always settle our grievances without spilling any blood…We shall continue to work on dialogue based solutions to address legitimate grievances. But we remain ready to take decisive actions against secessionist agitators and their sponsors who threaten our national unity.”

True. Government must have biceps. It must be strong, and show strength. Otherwise, it will be taken for a ride, and soon, will become a king sitting on an empty throne. We must embrace peace and dialogue, whatever our grievances. All of us do have these things that rile, vex and outrage us. You have, I have. Is the next thing then to upset the applecart? No, blessed be the ties that bind us, and those ties should remain resolute, unwavering. “Nigeria is for all of us…and its ultimate success can only be achieved if we all come together with a common goal of having peace and prosperity for our nation.”

Other weighty matters that the President touched on include the fact that Nigeria does not start and end with the Federal Government. “This country is a great collective where Government at all arms and levels as well as the private sector, and more importantly individuals, have a role to play.”

He stressed that security is a bottom to top undertaking, in which we must all join hands together. That is why it is amusing to see people deliberately light fire at their communities, wards, local councils, states, and then call on Buhari to come and put out the fire. It doesn’t work that way. Security is a bottom to top undertaking. And unity is a collective resolve.

Two more points, and I’m done. Nigeria must go beyond a never-ending potential for becoming a great nation to an actually great one. Many presidents have said it. Shehu Shagari. Olusegun Obasanjo. Umaru Yar’Adua. Goodluck Jonathan. But here we are today, still just a country with potentials. But I tell you, under Muhammadu Buhari, those inherent capacities and capabilities are being unearthed, utilized, and we are on our way there. It’s just to stay focused, and we’ll get to our Canaan, flowing with milk and honey.

Finally, my brethren. President Buhari said a lot has been achieved in the past six years on many fronts: in infrastructure, social care, governance, Nigeria’s image and influence in Africa and the international community. He added: “But critics misdiagnose incremental progress as stagnation. Since coming to power, this Administration has tackled our problems head-on in spite of the meager resources. No government since 1999 has done what we have done in six years to put Nigeria back on track.”

Bull’s eye! And I challenge those who kept us in the slave market for 16 years, and threatened to keep us cabined, cribbed and consigned for 60 years, to controvert it. I join Minister Raji Fashola, SAN, to challenge them to show us one major road project they started and completed in 16 years. One major bridge, rail project, airport they built, despite the humongous resources at their disposal. Let them speak up now, or forever hold their peace.