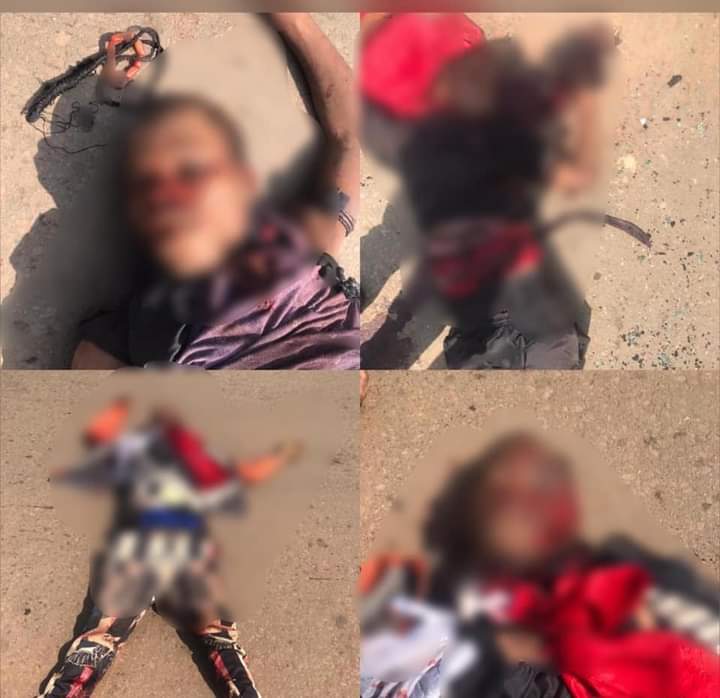 The Nigerian Army has called on Nigerians to disregard reports that the killed members of the Eastern Security Network, ESN, and proscribed Indigenous People of Biafra, IPOB, was Fulanis stating that the information was false.

In a statement signed by the Director of Army Public Relations, Brigadier General Onyama Ugochukwu on Saturday, it revealed that the antics of the group or individuals was to remain relevant in the South East.

Following a viral video on Thursday where a Biafra National Guard was seen threatening to cause mayhem, the Indigenous People of Biafra denied links to the guard stating that the group does not condone any criminal act.

However, the Nigerian Army who linked the IPOB to the crime charged citizens to go about their activities in the region as there are plans to rid the South East of criminal elements.

The Nigerian Army(NA) is not unmindful of the antics of individuals or group, whose stock in trade is to peddle falsehood and disinformation to remain relevant in South East Nigeria. One of such scheming, currently in the media domain is the mischievous submission by Kalu Odinakachi, who alleged that the DMI and DSS created and funded BNG, UGM to Enforce-Sit- at Home in a bid to discredit IPOB/ESN. It must be be abundantly clarified that this spurious allegation is unfounded and could be absolutely described as a hoax.

Though the NA would not like to elevate such purveyors of disinformation and propaganda, it is expedient to put on record, that in recent times, the activities of IPOB/ESN have undoubtedly assumed a violent dimension. This unimaginable level of violence is oiled with propaganda and disinformation to whip-up sentiments and draw sympathy from unsuspecting citizens in the region.

For the records, the proscribed organization has in recent times foisted a sit-at-home order to show sympathy for their self acclaimed leader. This was greeted with violence, orchestrated destruction of public installations and facilities, arson, as well as looting of shops and malls in the region, to demonstrate their criminal potency. They defiled the sanctity of the highly revered traditional institution of Ndigbos by recklessly murdering their own traditional leaders. These spineless and irresponsible actions targeted at the very people they claim they want to liberate, clearly unmask their heinous and direction less agenda for Ndigbos.

Realising the futility, hollowness and public rejection of their violent agitation, they resorted to twisting the narrative in the region to galvanize local support. Their wild allegation that BNG and UGN were an overt operation by the DMI and DSS is not only laughable, but remains largely illusive and a ploy to diminish the public support the NA is savouring in the ongoing exercises. In his blatant display of ignorance, Odinakachi failed to realize that such designation as DMI has since ceased to exist in the NA. These criminal elements with their cohorts must come to terms with the reality of the ongoing Exercise GOLDEN DAWN and turn themselves in to security agencies or be ready to face the consequences of their lawlessness.

More grotesque is the narrative peddled by these merchants of propaganda, in respect of IPOB/ESN gunmen recently eliminated by troops in a shootout at Ekwulobia Roundout in Aguata LGA. These unscrupulous elements insinuated that those taken out were Fulanis. An outrageous claim that should be disregarded in its entirety. This is apparently another failed attempt in their usual mannerism, to attribute their criminal activities to a third party and feign innocence; an indication of a visionless group totally devoid of integrity.

The NA wishes to reassure the good people of the South East to go about their normal businesses, as efforts are stepped up to rid the region of criminal elements masquarading as BNG and UGM. We encourage members of the public to provide actionable information to security agencies as the Exercises progress.