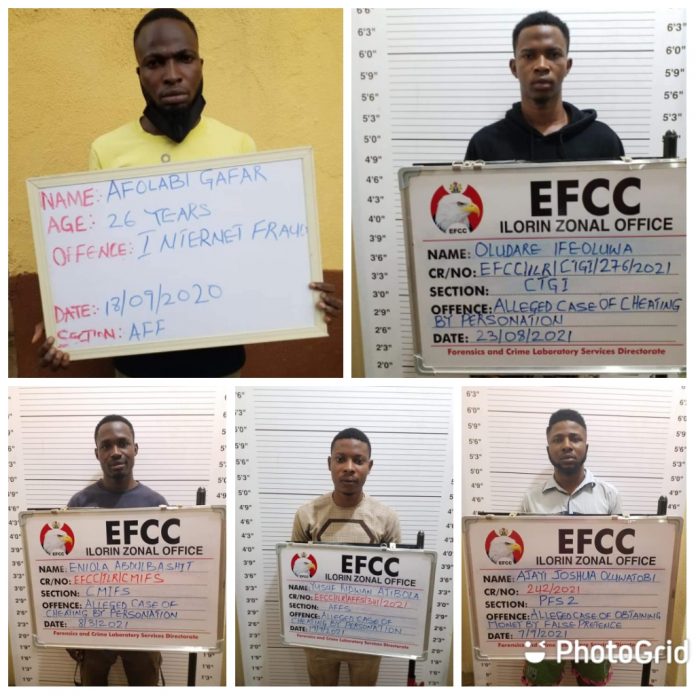 He was arraigned on four counts before Justice Mahmud Abdulgafar of the Kwara State High Court sitting in Ilorin.

Oluwatobi, had sometime in June 2020 been convicted by Justice Sikiru Oyinloye of the Kwara State High Court for similar offence.

After spending time at Mandala Correctional Centre, the convict went back to crime, and was again arrested by operatives of the EFCC and brought before the court for justice

In another development, the Command also secured the conviction of four persons for internet fraud related offences.

Gafar and Yusuf were convicted by Justice Adenike Akinpelu and Justice Mahmud Abdulgafar of the Kwara State High Court, respectively, while the conviction of Abdulbashit and Oludare were secured before Justice Muhammed Sani of the Federal High Court, Ilorin. For details of this and other stories, visit our website: www.efccnigeria.org.