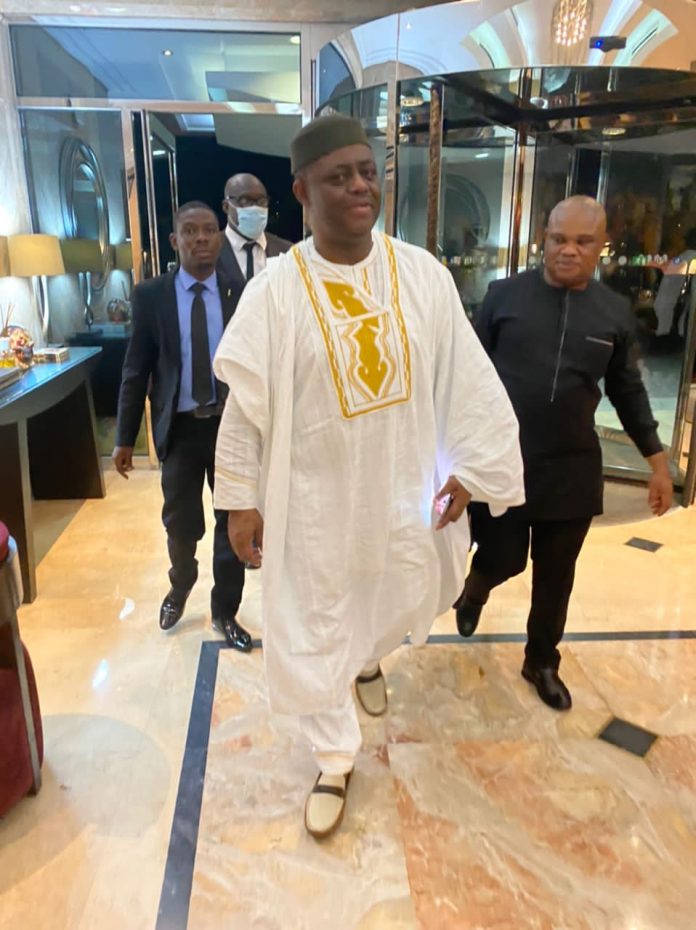 Former Minister of Aviation, Femi Fani-Kayode has stated that he was never arrested by the Economic Financial Crime Commission, EFCC, but rather invited and granted bail on self-recognition.

Speaking on his Twitter page, FFK as fondly called chastised those who reported that he was arrested stating that it was fake news while calling them hateful.

Mr FFK, who recently decamped to the ruling All Progressive Congress, APC, further stated that being a member of the ruling party does not give him any immunity or above the law and so, can be invited by security agencies.

“Just arrived at the George Hotel for dinner. I was never arrested by the EFCC. I was invited & I flew down to Lagos to see them. I arrived in their office at 2.00 pm & left at 8.30 pm. I was granted bail on self-recognition. They were very polite & professional. Thanks be to God.

I pity those that said I was arrested. They are filled with hate & live on fake news. Since when did an invitation & a friendly chat become an arrest? And even if I had been arrested, SO WHAT? I am not above the law & neither does joining APC give me immunity. My God is MIGHTY!”

Newsleverage had reported on Tuesday on the arrest of Mr FFK by the EFCC who has so far, not said anything on the arrest.