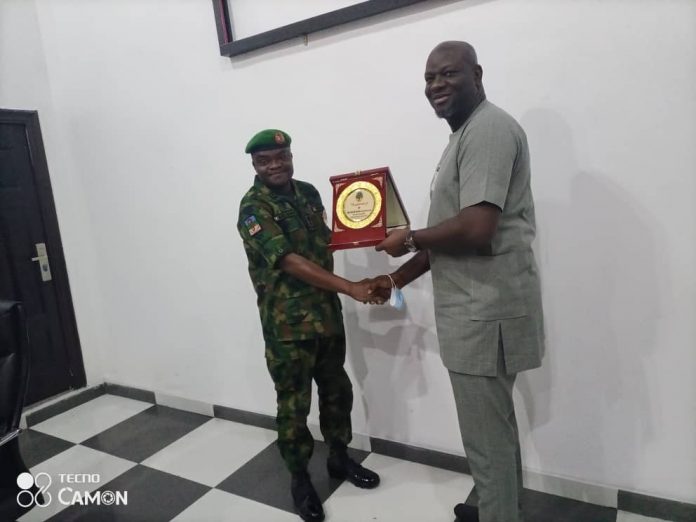 The visit, according to the President of the Club, Dr Chukwudi Dimkpa, is to intimate the Nigerian Army on activities lined-up to celebrate the 2022 Golden Jubilee Tournament of Port Harcourt Polo Club.

Dimkpa, while addressing the GOC also said the 50th anniversary tournament scheduled to commence January 2022, is expected to attract dignitaries, corporate bodies and visitors from across the country and beyond, thus the issue of security will be paramount.

Engr Chukwudi Dimkpa stressed that the purpose of the visit is to seek partnership and working collaboration with the Nigerian Army especially in area of providing security coverage for the tournament and guests alike.

He thanked the GOC and the 6th Division of the Nigerian Army for their efforts in combating crime and criminality in state, and the privilege of the visit, used the opportunity to extend an official invitation of the club’s Golden Jubilee tournament to the Nigerian Army.

Receiving the club in Port Harcourt, the General Officer Commanding six Division of the Nigerian Army, ably represented by the Garrison Commander, Brig. Gen M. D. Danja assured of intimating the GOC on the invitation, equally promised adequate security co-operation in other to have a hitch-free tournament.

The 50th anniversary tournament of the Port Harcourt Polo Club scheduled to commence January 6th to 15th, 2022, is open for sponsorship and participation for individuals and corporate entities, and will provide avenue to showcase their products and services.