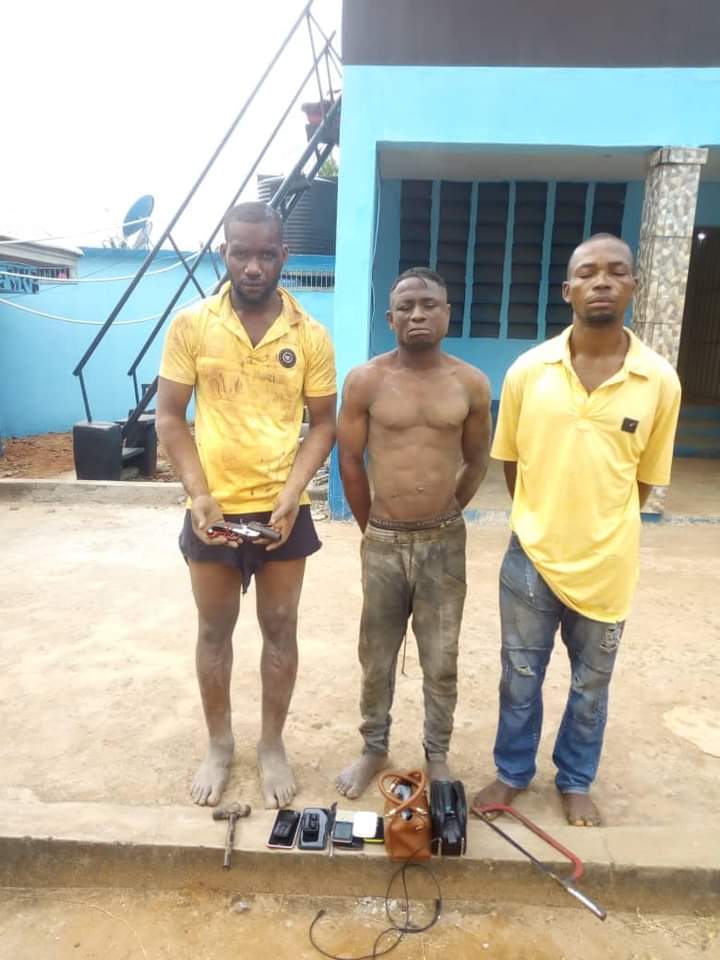 The suspects were accused of allegedly disposessing a student of Chukwuemeka Odumegwu Ojukwu University, Igbariam of her belongings at 10 am on the 5th of March 2022.

The angry mob attempted to lynch the suspects before the intervention of some police operatives.

It was gathered that the suspects were handed over to the Police and incriminating items found and recovered from the suspects include: one locally made single barrel pistol, a white coloured dagger, a big saw, a big hammer, a black and brown coloured lady’s bag, an Infinix phone, a black Panasonic phone and three(3) phone chargers.

The Commissioner of Police, CP Echeng Echeng, through the Police Public Relations Officer, DSP Ikenga Tochukwu, urged Ndi Anambra to refrain from engaging in jungle justice and always follow the due process of handing over suspects to the police.

He notes that this would afford the Police opportunity to conduct appropriate investigation and prosecution of suspects and ensure justice.

Meanwhile, the CP assures that the three rescued suspects will be charged to court as soon as the investigation is completed.