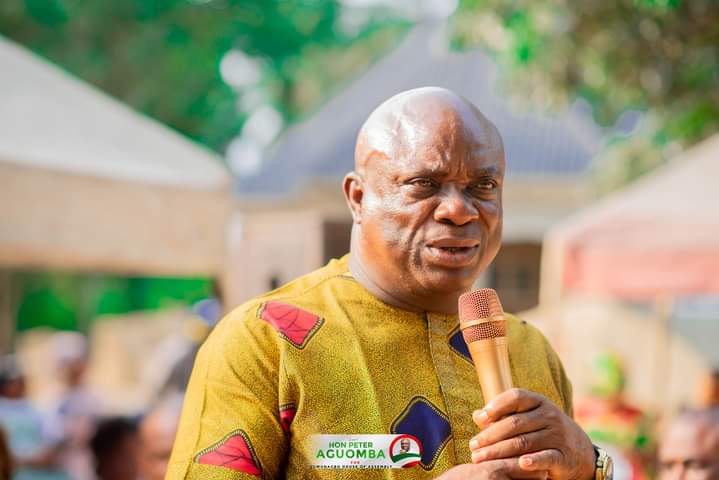 The former TC Chairman of Ugwunagbo Local Government, Sir Peter Aguomba has called on the people to cast their vote wisely and vote for him in the upcoming general election in 2023 for the seat of Ugwunagbo State Constituency as that will be the best decision they will take in the interest of the community.

Speaking at his declaration on Saturday at the residence of the Ugwunagbo party Chairman Deacon Promise Ohuegbunam under the aegis of the Peoples Democratic Party, PDP, he stated that his confidence is in the electorate and called on the people not to abuse the privilege which they have been given.

Addressing the people, Sir Peter recalled his service to the people through serving as a special assistant to the Chairman of his council, Honourable Chima Nwanganga whom he said he has maintained a cordial relationship with from 1998 to date. He revealed that he does not forget his friends even as he climbs the political terrain.

“When God used the past Governor of Abia State, Senator T.A. Orji to appoint to the board of ASOPADEC, the appointment was good to me and good to the people of Ugwunagbo people. Within that time, I was given the opportunity to employ three persons, one was from Obegu, another from Ugbaja and the other from Ihie. The first project we did was the rehabilitation of schools, we rehabilitated Ihie, Akanu and Obegu Secondary Schools.

Later, we were allowedd to engage 50 people. Those persons cut across every ward in this Local Government. We renovated Umuaku Civic hall and Umuakwa primary school. I brought a transformer which we used to power the Ugbaja community. We empowered our people through skill acquisition powered by NDE which some of our people are making a living from.

So, I have an attitude of being friends with people from across various Local Governments.
The next appointment I had was to be a TC chairman.

So I’m appealing that our people help to achieve this dream.

In 2003 when I came out to run for the House of Assembly, our people told me to jettison the idea and allow Okoroji to go but things weren’t in his favour, our people decided to recall Dolphin who stayed in the house for 12 years.

In 2014, I came out again but Sam Nwogu came to me one early morning and told me that Ochendo said I should drop the idea and allow Munachi to go. When I met Munachi at the Airport on my way to Abuja two days later, we discussed and settled amicably and as God will have it, he succeeded.
With your support in the last election, we were able to give this state the second-highest vote in the election. If I had grudges in my heart, I will not do that.

Acknowledging the speech, the Ugwunagbo party chairman Deacon Promise urged the people to get their voters card to vote in the upcoming election as that is the only way to assure that their desired candidate succeeds at the polls. He thanked the people for coming and reiterated that there are still primary elections which will give the party the chance to choose a candidate who will represent it at the State Assembly.

Also present at the declaration was RT. Hon. Ndududirm Nyarinya, Hon. Moses Azubuike, majority leader for ward1, deputy chief whip of the house, Sir Ananaba, a host of other dignitaries and the good people of Ugwunagbo LGA.