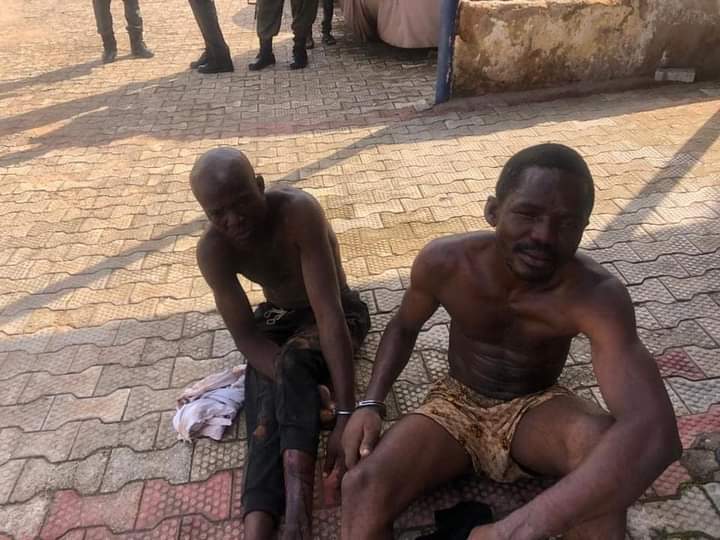 Two suspects Chukwudere Eze and Raphael Obasi have been arrested by the Anambra State Police Command following the rescue of a 32-year-old kidnap victim identified as Jideofor Attama on Tuesday 17th May 2022.

A statement by the spokesman for the Police DSP Ikenga Tochukwu revealed that 30 and 40-year-old suspects Ogbunka in  Orumba South Local Government Area of Anambra State and Arodizuogu in Imo State were asking for N10 million from the victim’s family.

‘Mr Attama who is from Igboetiti of Enugu State was abducted on 14/5/2022 at about 10 pm along Nnewi road in his RAV 4 SUV, by a gang of five armed men operating with a Toyota Sienna vehicle, with Registration number KGE 117 PZ Imo State, ash Colour and whisked away to an unknown destination.’

Fortunately, the victim escaped from where he was kept and alerted the security guards in the area.

‘The police operatives were also contacted and immediately came to his rescue,’ the statement concluded.

However, a brown Toyota Sienna Vehicle was recovered.