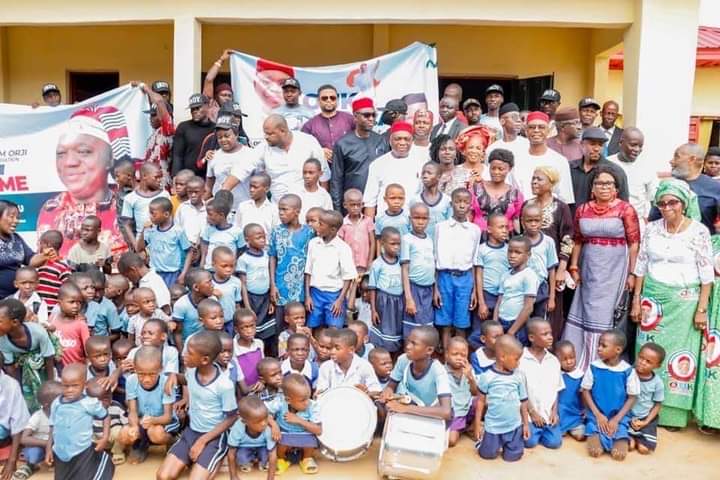 The Senator representing Abia North Senatorial District, Orji Uxor Kalu has stated that the prolonged strike of the Academic Staff Union of Universities, ASUU will slow down the life plans and pursuits of students.

In a sympathetic post on Tuesday, the former governor of Abia State revealed that Nigerian students are out of school against their will.

“I sympathize with Nigerian students who against their will are out of school due to the ongoing ASUU strike. I remember that while I was Governor of Abia state (199-2007), primary to university education was made free and affordable.

My government invested a lot in education to encourage people to go to school.”

The chieftain of the ruling All Progressive Congress disclosed that strict attention should be paid to education and urged that the government and the Universities should reach an agreement so students can go back to school.

I call on the universities and federal government to rally around and close ranks so that our students will leave the streets and go back to classes.

The incessant strikes lead to delays in students’ graduation and slow down their life plans and life pursuits.”

Recall that Nigerian Universities declared a strike in January following unresolved issues surrounding the payment of salaries and also the deteriorating condition of Universities.

While there has been ongoing negotiation with the Minister of Labour and Employment, Dr Chris Ngige, no agreement has been reached so far.