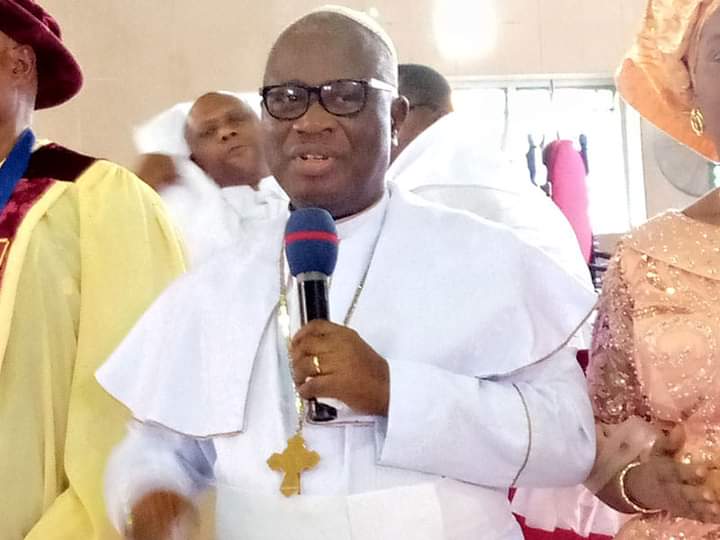 The Nigerian Army has argued that it has zero tolerance for any misconduct within the force and stated that it will take the weighty allegation meted by the kidnapped Prelate of the Methodist Church of Nigeria His Eminence Samuel Kanu Uche serious.

This was made known by the Director of Army Public Relations, Brigadier General Onyema Nwachukwu, who reiterated that deployment of troops’ in the Nigerian Army is not done with considerations for ethnic affiliation.

The Prelate was kidnapped on Sunday alongside the Bishop of Owerri Diocese, Rt. Rev. Dennis Mark and the Prelate’s chaplain, in Umunneochi Local Government Area of Abia state. They were later released after ann N100 million ransom was paid by CAN.

His Eminence, however, stated that the people who kidnapped them were herders by day but kidnappers at night and indicted the Nigerian Soldiers whom he said were aiding the kidnappers.

“While the Nigerian Army expresses concern and sympathy for the victim of this heinous crime and shares in his pains, the insinuation that troops are complicit in the kidnap incident is not entirely premised on any findings of investigations and therefore cannot be swallowed hook line and sinker. This allegation, therefore, raises some pertinent questions which are still unanswered.

“Given the spate of insecurity in the region, the question would be, was the issue reported to the unit covering the area? Did the Methodist Church take the NA into confidence while negotiating the ransom with the kidnappers? No formal complaint has been received by the unit. More worrisome is the fact that it was alleged that the ransom was paid in less than 24 hours. Was the ransom paid to troops? These are questions that beg for answers.

“Moreso, the NA unit has not received any debrief from the Prelate of the Methodist Church. It is, therefore, important to state that troops are deployed at forwarding Operating Base (FOB) Okigwe and in front of the Abia State University, Uturu and no information was made available to them or 14 Brigade or any other formation, except the information making the rounds in the social media.

“It must be clarified that troops’ deployment in the Nigerian Army is not done with considerations for ethnic affiliation, hence the deployment of troops of Fulani ethnic extraction who as alleged by the Prelate, carried out the dastardly act is not our practice or modus operandi in the NA.

“Given our professional disposition and zero tolerance for any misconduct in the Nigerian Army, we will take this weighty allegation seriously and approach the Prelate and the Methodist church to unravel the basis for the allegation.”