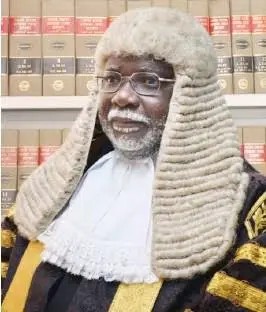 Justice Olukayode Ariwoola is set to become the next Chief Justice of Nigeria following the resignation of Justice Ibrahim Tanko Mohammed on health grounds.

Justice Arowoola will take over following the retirement of Justice Mary Odili of the Supreme Court in May 2022.

The Oyo State born jurist graduated from the Obafemi Awolowo University in Ile-Ife was born on August 22, 1958.

According to Human Rights lawyer Inibehe Effiong, Justice Arowoola will be sworn in as the Acting CJN pending confirmation by the Senate.

He also revealed that the emergence of Justice Arowoola will hopefully brighten public confidence in thw Apex court.

“The next most senior Justice of the Supreme Court, Justice Olukayode Ariwoola, will be sworn in as the Acting Chief Justice of Nigeria pending Senate confirmation.