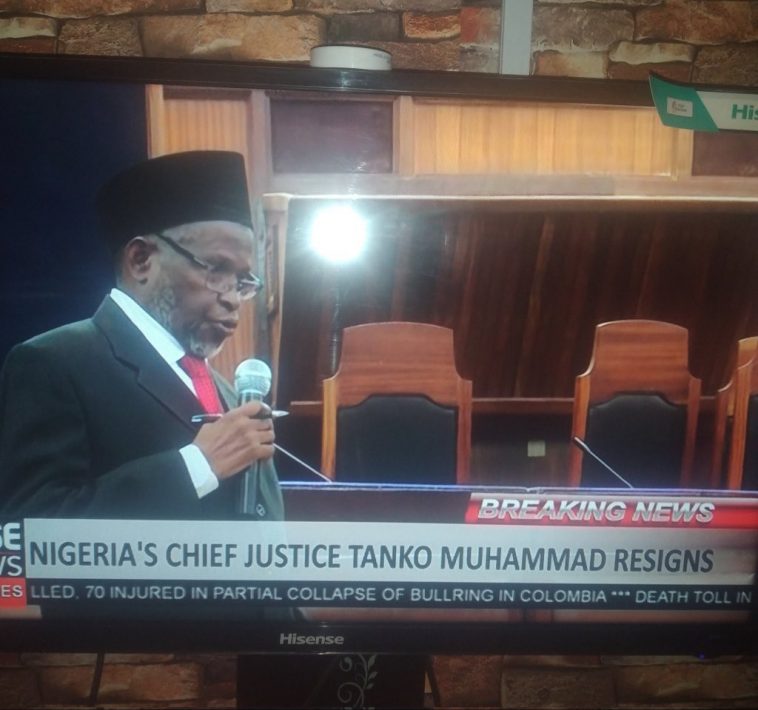 The Chief Justice of Nigeria Ibrahim Tanko Mohammed has reportedly resigned from his duties in the Judiciary on Monday.

This was made known during a programme on AriseTV on Monday morning. It also reported that the resignation was based on health grounds.

Newsleverage gathered that the resignation might be linked to crisis which has bedevilled the apex court following a protest letter by colleagues who accused thw CJN of offences.

The Judiciary also accused Justice Tanko of travelling to Dubai with family members for a training while blocking other Justices of the Supreme Court.

It was also gathered that Justice Olukayode Agboola, will be his successor according to thw standard of succession in thw judiciary.