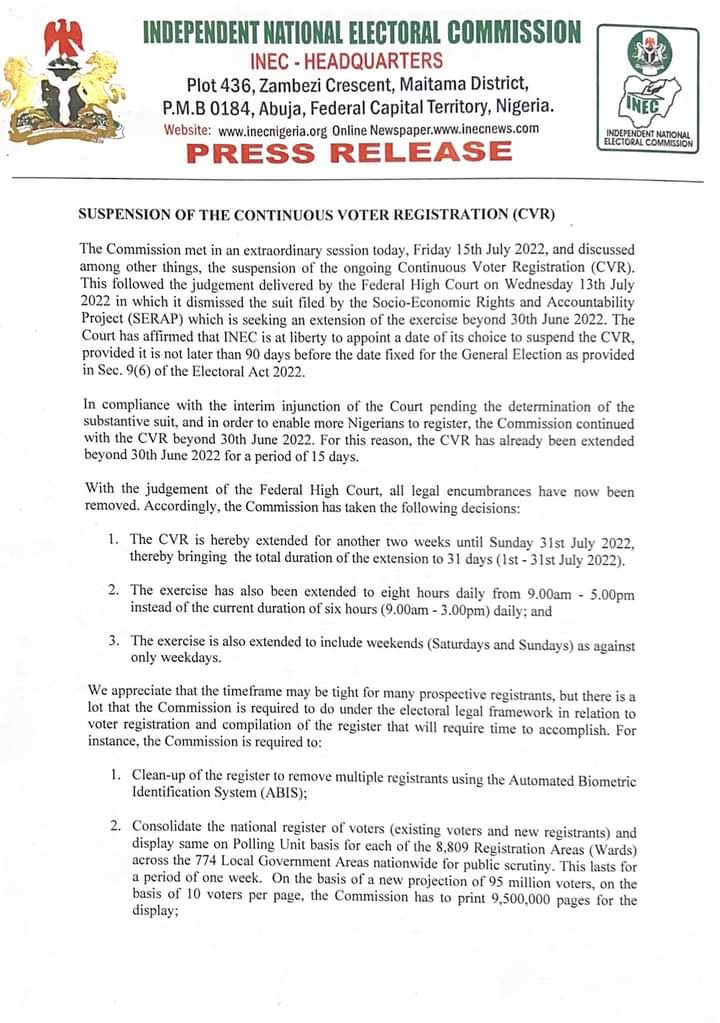 This was made known by the Spokesperson of the commission, Festus Okoye on Friday after the agency’s meeting.

A statement revealed made it clear that it extended the registration from 30th of Jube 2022 following a suit filed by the Socio-Economic Rights and Accountability Project persuading the commission to postpone the registration date.

But a court ruled in the favour of the commission revealing that the commission has the liberty to appoint a date of its choice to suspend the CVR registration.

In light of this, the commission said it will increase the daily hours to eight hours as against six hours before.

INEC also revealed that it has a lot of tasks to accomplish to ensure that the new voters collect their PVC before the 2023 election.