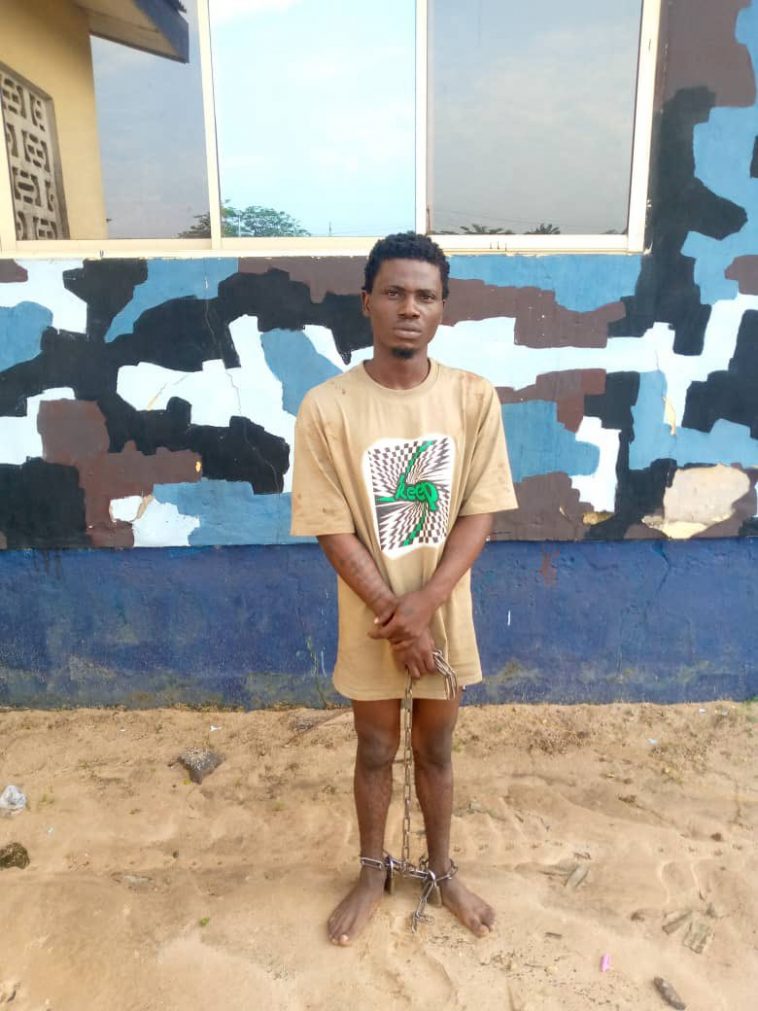 A 23-year-old man identified as Godspower Adegheji has been arrested for killing his girlfriend Gift Oloku who was aged 22 for breaking his iPhone 11 pro max in Etevie quarters Ozoro, Isoko North Local Government Area of Delta State.

A statement released by the Public Relations Officer to Delta State Police Command, Bright Edafe revealed that the couple were fighting when the tragic incident happened.

It was gathered that the couplarguednt when Godspower inquired why his girlfriend Gift left the house without informing him.

The suspect used a machete to strike Gift which led to her death immediately.