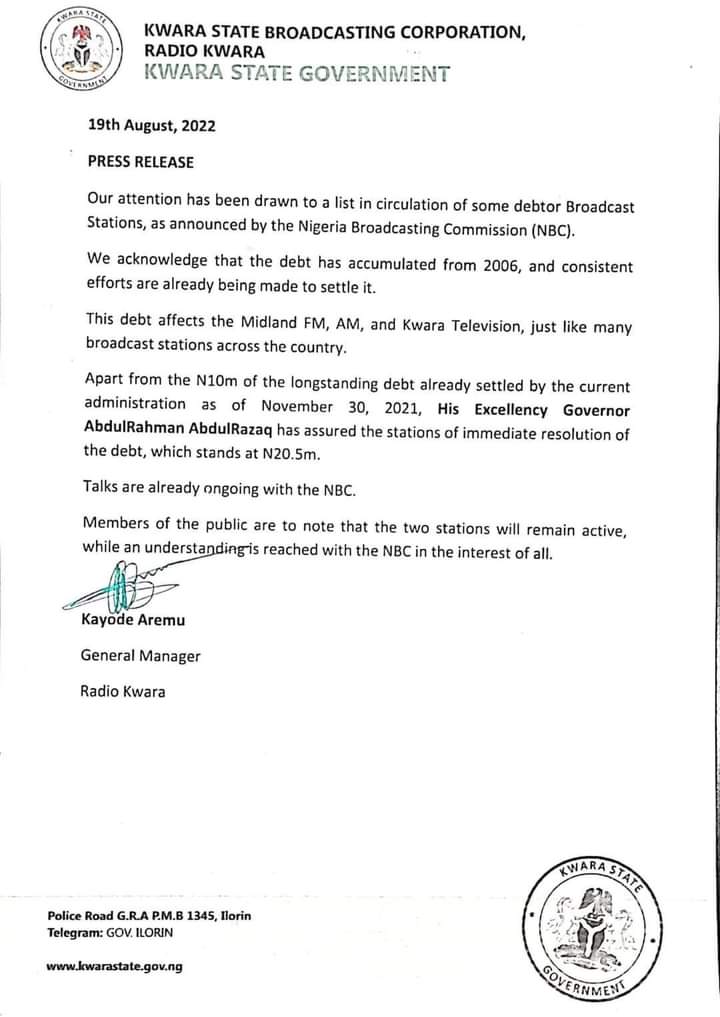 The Kwara State Broadcasting Corporation has reacted to the withdrawal of its license by the Nigeria Broadcasting Commission stating that efforts are being made to offset the debts of the organisation.

On Friday, the NBC released a list of 54 debtors and revoked their licences in which the stations belonging to the Kwara State government were affected by the action.

In a statement signed by the General Manager, Radio Kwara, Kayode Aremu, on Friday, the debt was acknowledged and a promise made to settle the debt.

Part of the statement read, “We acknowledge that the debt has accumulated from 2006, and consistent efforts are already being made to settle it.

“Apart from the N10m of the longstanding debt already settled by the current administration as of November 30, 2021, His Excellency Governor AbdulRahman AbdulRazaq has assured the stations of immediate resolution of the debt, which stands at N20.5m.”

The affected stations include, Midland FM, AM and Kwara Television.