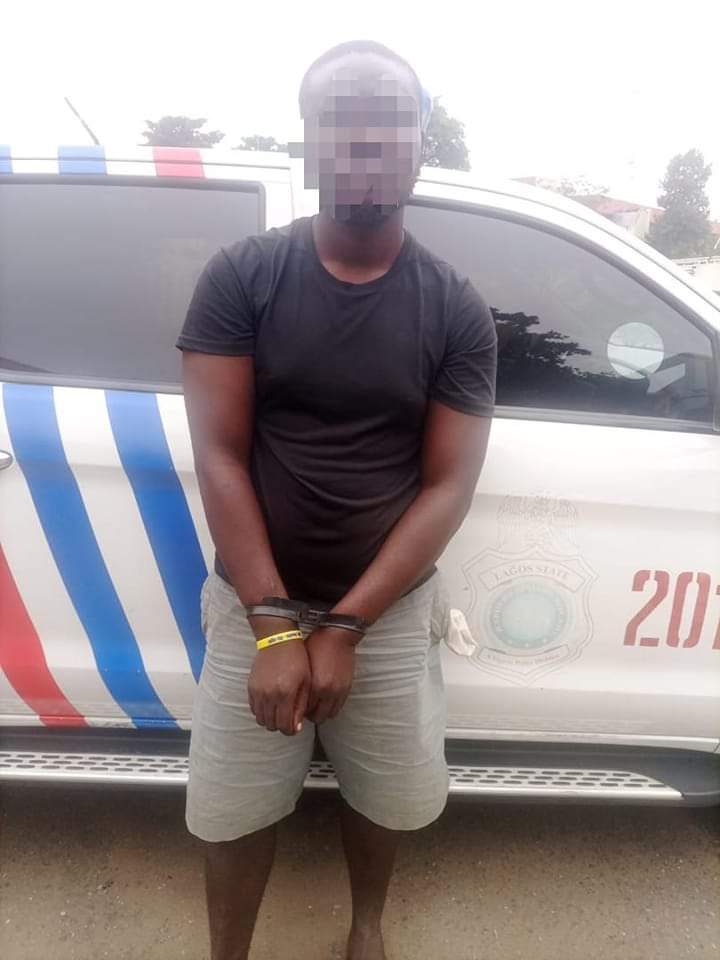 A 32-year-old ex-convict, Emmanuel Sunday was arrested by the operatives of the Rapid Response Squad, RRS, for traffic robbery around the Ketu area of Lagos State on Wednesday.

According to the Police Public Relations Officer, Benjamin Hundeyin, the suspect was apprehended around 8 pm when undercover officials spotted him while trying to dispossess a motorist of his mobile phone at Ojota Underbridge.

Sunday disclosed that he was a months ago arrested by Alapere Police Division for stealing, for which he was sentenced to a three-month jail term in Kirikiri Correctional Centre.

The Lagos State Commissioner of Police, CP Abiodun Alabi has stated that no stone will be left unturned in the arrest of criminals following the incidents of traffic robbery in the area.