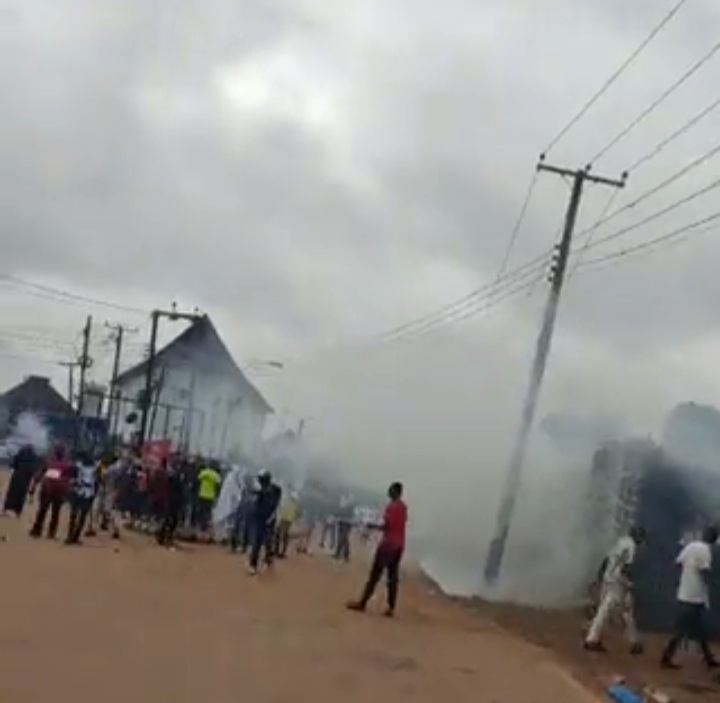 Armed policemen have been used to disrupt a peaceful walk going on by the supporters of the Labour Party Presidential candidate Peter Obi in Ebonyi State.

It was gathered that policemen fired tear gas at the unarmed #Obidients in the early hours of Saturday, September 17th 2022.

According to one of the coordinators of the Obidient rally nationwide, Morris Monye, he revealed that the Ebonyi State Police Commissioner has been alerted of the development.

He also disclosed that normalcy has been restored while the peaceful rally has been continued.

Meanwhile, the #Obidient rally is going on in Umuahia, Yenogoa, Enugu, Awka and Jos.