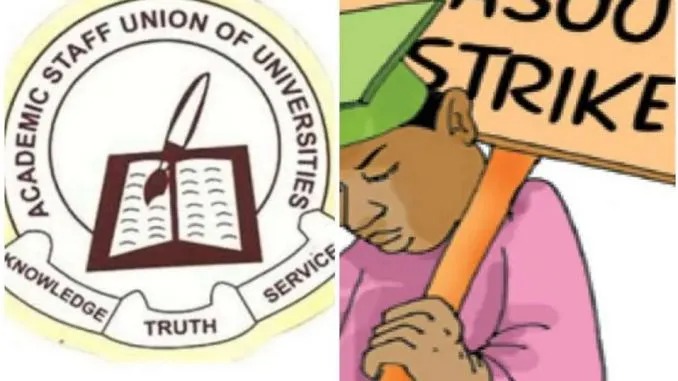 The Academic Staff Union of Universities (ASUU) said on Friday that it had “resolved to suspend the strike action embarked upon on 14th February 2022.” Suspension suggests the temporary interruption of activity. But it’s time to stop this annual ritual of nationwide strikes in public universities permanently.

There is nowhere in the world where, like clockwork, the entire public university system of a country shuts down for nearly a year every year, or every other year, because university teachers are on strike. Not even in banana republics does this happen.

ASUU has been going on strikes for as long as we all remember— to get successive governments to honor “agreements” that they signed. Governments either never honor the agreements or do so only partly just to cause the temporary cessation of strikes in the aftermath of public pressures. A famous wisecrack often attributed to Albert Einstein says, “Insanity is doing the same thing over and over and expecting different results.”

What has become undeniable all these years is that governments are too irresponsible, too indifferent to the future of our youth, and too unconcerned about public education to fund public universities and compensate public university teachers to the degree that ASUU demands—and that basic standards require. But the solution isn’t more stultifying, self-sabotaging, knee-jerk, unproductive, and paralyzing strikes. It’s in rethinking the funding model of public universities.

We have to bite the bullet and accept that students can’t avoid paying tuition fees in public universities going forward. That’s a challenge the next government has to take seriously. I know ASUU is opposed to this. I used to be, too. My own opposition stemmed from feelings of deep guilt because I benefited from subsidized university education. I wouldn’t have had the privilege of a university education if my poor primary school teacher of a father had to pay tuition fees in the early to mid-1990s.

I thought it would be both hypocritical and unfeeling to suggest that students pay tuition fees when I benefited from highly subsidized public university education. But my anxieties were eased when I read a deeply thoughtful and insightful article by a Nigerian professor whose name I can’t recall now. He said it made sense to offer free or subsidized public university education to the first few generations of Nigerians who attended universities both because the number was relatively manageable and because most people couldn’t conceivably afford it at the time.

However, he pointed out, generations of Nigerians who benefitted from free or subsidized public university education have now come of age and should be able to pay for their own children to sustain the system that educated them.

It isn’t a perfect, watertight argument. For one, there are still thousands of first-generation university students whose parents are poor and uneducated. For another, several people who benefited from subsidized public university education are still struggling and can’t even afford to send their children to private elementary and secondary schools.

But these facts shouldn’t dissuade us from charting a new course in funding public university education because the old model has evidently failed and threatens to annihilate what’s left of our public universities.

Several Nigerian academics have written dispassionate, well-reasoned articles on how to introduce tuition at public universities in ways that show sensitivity to the needs of people who can’t afford to pay it. Read, for example, an article titled “University Education: The Chickens Have Come Home to Roost” by Professor Eyitope Ogunbodede, who was Vice Chancellor of the Obafemi Awolowo University (OAU), Ile-Ife, from 2017 to 2022.

Giving an example of OAU, which is true of all federal universities, Professor Ogunbodede pointed out that students still pay N90 for accommodation. “The N90 is the same amount I paid as a student in the same University in the 1970s,” he said. “The cost of the receipt issued for the payment is probably more than the amount paid and it would have been more ‘economical’ for the university if offered free!”

He and Professor Tukur Saad, former Vice Chancellor of the Federal University of Technology, Minna, suggested a tiered system for charging tuition fees. Students from well-to-do homes (measured by people who attended private primary and secondary schools) should pay higher tuition fees than those who attended public pre-university schools. They also proposed dedicated funds for brilliant but poor students.

I have an additional suggestion. Inspired by examples I’ve seen here in the United States—and by the Education Tax Fund that ASUU suggested in the 1990s—the government should also create a special “sin tax” that will provide merit scholarships to deserving students. It should be independently managed.

By sin tax I mean taxing at least one percent of the profits of companies that deal in harmful, morally questionable products like beer and cigarettes. In the state of Georgia, for example, we have what’s called HOPE Scholarship (HOPE stands for “Helping Outstanding Pupils Educationally”) that all graduating high school students in the state who have a certain GPA benefit from. It pays for tuition and other expenses and is funded from the proceeds of lottery.

Many state here have similar programs. In Louisiana, where I lived for about two years, the state imposes taxes on gambling and uses the money to give merit-based scholarships to students.

Charging tuition and easing the burden of tuition for poor students will yield a lot of benefits. First, it will inaugurate real university autonomy, which ASUU has advocated for years. University workers would be compelled to settle industrial disputes with their governing councils and not the federal government. That means there won’t be nation-wide ASUU strikes again.

(There are strikes in even US and UK universities, but because there is real university autonomy in these countries, the strikes are always local and often brief).

It also means university workers can negotiate their conditions of service on the basis of their peculiarities and not on the basis of mechanical uniformity as is now the case. There is no reason a professor at the University of Lagos or the University of Abuja—located in the most expensive cities in Nigeria— should receive the same salary as a professor in a rural university where the cost of living is low.

As Professor Ogunbodede pointed out, it will also lead to instructional accountability. Students who pay substantial amounts of money to be in school will call out teachers who don’t teach well or who miss classes without an excuse. During my studentship in the 1990s, I had lecturers who came to class only twice in the entire semester! Many students I’ve interacted with tell me this still happens in many universities.

I’ve also had lecturers who merely dictated lifeless notes handed down to them by their lecturer from previous generations. They brooked no questions, entertained no discussions, and didn’t enhance experiential learning. But they collected salaries and called themselves lecturers. That won’t be tolerated if students pay tuition. They will demand value for their money.

Because universities will be more financially healthy than if they’re entirely dependent on government subventions (which shouldn’t stop by the way), they can hire the best hands—and, of course, get rid of dead wood.

It will also create competition, institute the policy of merit pay raises (for lecturers who are intellectually productive and pedagogically innovative) instead of the current system that incentivizes laziness and penalizes hard work. People shouldn’t get the same compensation because they are on the same grade level irrespective of their level of productive. That’s a backward, civil-service approach to education, which is passé and counterproductive.

Most importantly, though, although it won’t magically resolve the industrial disharmony in Nigerian public universities, it will ensure that the disharmony is decentered so that we won’t have situations where all public universities in the country are on strike at the same time. No nation can survive that for too long.